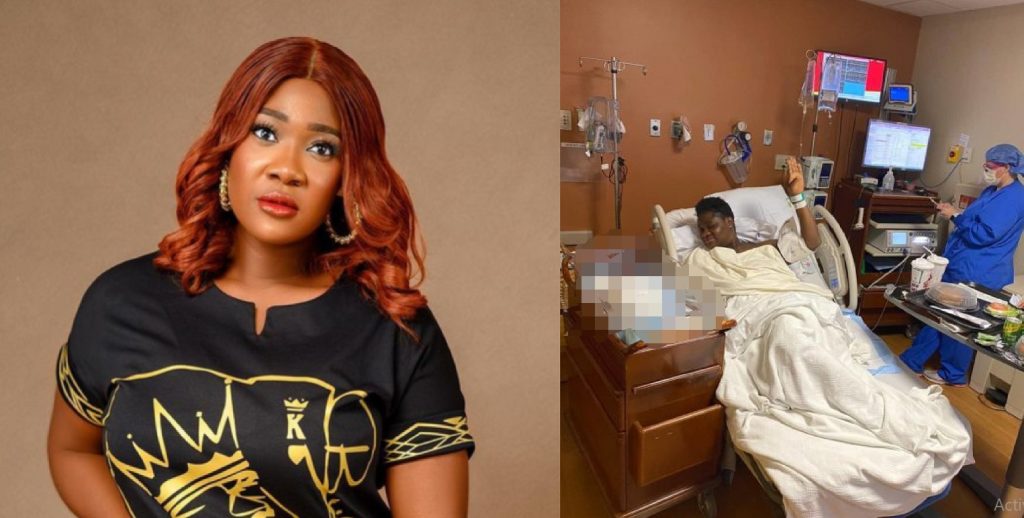 Mercy Johnson, a mother of four made this known in the latest episode of her Youtube cooking show “Mercy’s Menu” where she had a special guest, Joke Silva, on for a chat. During the show, Mercy Johnson asked Joke Silver about the health of veteran actor Olu Jacobs.

Following the response from Joke, Mercy shared her story of how she was put on medication for life when she was diagnosed with cancer.

In her words, ” “… Odi [her husband] and I have actually been here and I have never discussed it where we had, like uhm, a scare. I had a cancer scare in quote and I had like my thyroid removed. And it was like a journey for us because we had kids.

My last was six months at that time and then we kept on saying “okay, we have to understand that this is the new us, let’s go get the surgery done”. And then we got there, they said I was going to be on medication for the rest of my life and it was a reality that we had to sit down.

You know, them giving me a timing and telling me you can’t miss your medication. Once you wake up that day, that’s the first thing. Telling me all of the side effects. So I’m reconciling with this you’re saying, it’s the truth. At the point you realize this is where we are, let’s grow from here, let’s live in this comfort zone.”