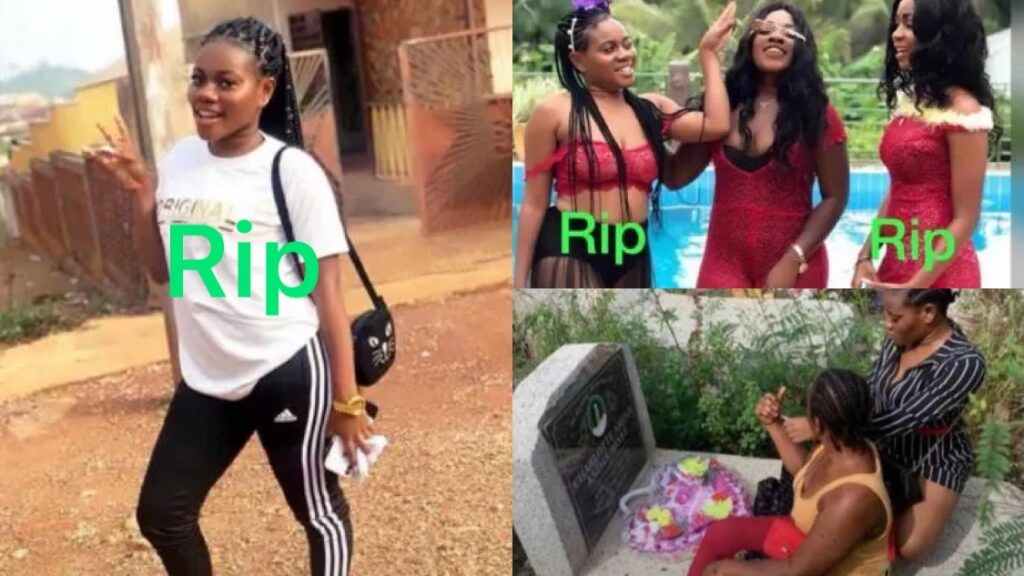 A Ghanaian slay queen, identified is Joana Adams has mysteriously died four days after she and her other lady friend visited the grave of their best buddy who died 2 years ago.

Per our gatherings, Joana, Charlotte [popularly called Channels died 2 years ago under strange happening] and the other friend were 3 close friends.

Because of the strong love that existed between them, the surviving 2 girls visited her [Charlotte] grave 4 days ago to mark her 2 years anniversary only for 1 of them [Joana Adams] to also die under an unfathomable situation.

We have no idea about what might have caused the sudden death of Joana.

However, we have been told that he 3rd girl who is still alive is currently living in fear as she is afraid she might also die mysteriously just like her other 2 friends died without any sickness.

See the photos below;