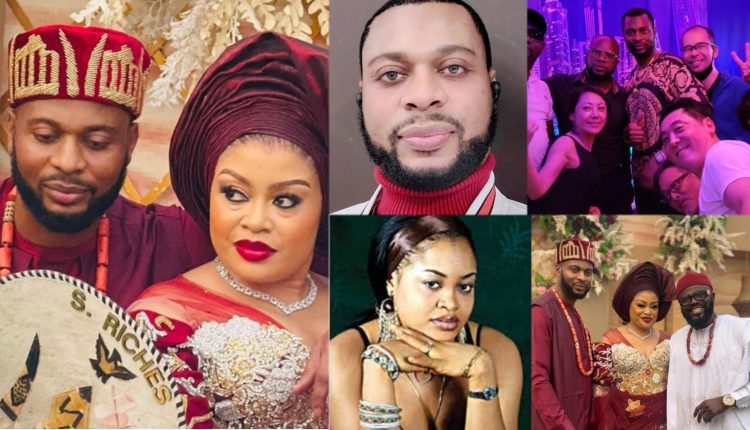 Ever Since Veteran Nollywood Actress Nkiru Sylvanus Popularly known as Ble Ble shared her pre-wedding photos on  social media, Netizens have been longing to know the groom that has captured the heart of the Nollywood star.

Mr Sammy is a filmmaker, Tv personality, and a YouTuber with a vibrant YouTube channel. Sammy as an actor, he has been featured in several Japanese Television Saigen dramas, movies, and Tv shows, some of the movies he has starred in are

The actor has also starred in a TV commercial for the Kirin Beer brand in Japan.

How Did Nkiru Sylvanus meet with her husband

Not sure how their paths crossed, but Sylvanus was a brand influencer for his brand, 7th Planet International Ltd, a restaurant and bar in Enugu State.