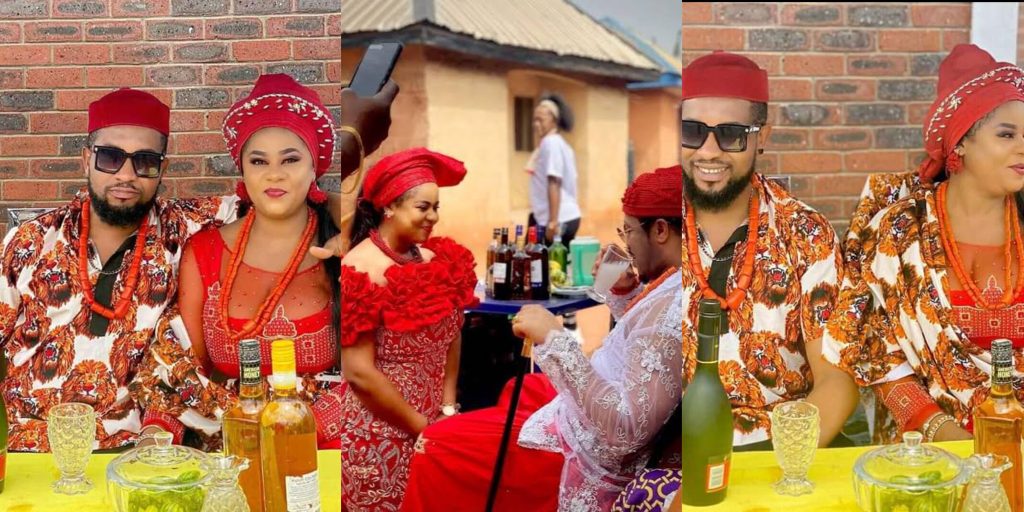 Nollywood beautiful actress Uju Okoli shares lovely photos of her traditional marriage. The wedding pictures she shared on her official Instagram page are very beautiful and lovely. Uju Okoli is a fast rising Nollywood actress, model, producer and a television personality. She is the daughter of a renowned Nollywood veteran actor and filmmaker Obi Okoli. In this article we going to see lovely photos of Nollywood Sweet heart Uju okoli, has she had her Traditional marriage on set alongside with shaggy bes Before I share the photos let’s us know little about them.

She is the daughter of a renowned Nollywood veteran actor and filmmaker Obi Okoli. Her father has been described as one of the pioneers of the Nigerian movie industry popularly known as Nollywood.

She is currently one of the most beautiful, most gifted, most skillful, most creative and most talented actresses in Nigeria. She can interpret her role very well and makes her performance look so real as if it was a real life situation.

Aside been an actress with her ability to interpret and adapt to any role given to her. The actress is blessed with natural beauty that she does not wait for any man to appreciate her before appreciating the way her creator has moulded her. The actor has equally worked with top Nollywood producers such as Uche Nancy, Ugezu Ugezu, Tchidi Chikere among others. Note : Shaggy bes is Happily married and bless with 3 kids.

They did there traditional marriage on set.