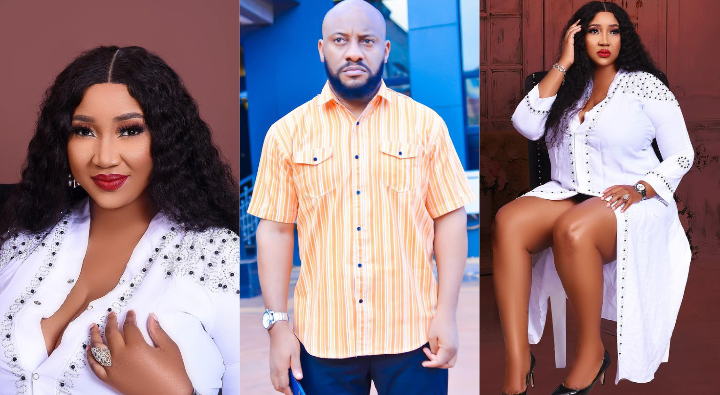 Controversial Nollywood actress and Yul Edochie, second wife of actor Judy Austin has taken to her Official social media handle to declare herself the apple of her husband’s eyes

The second wife took to her personal Instagram handle to count down few hours to her birthday which is tomorrow, she also took out her time to list out some of her special qualities.

While listing her qualities, Judy Austin described herself as the most beautiful woman in the world, the apple of her husband’s eyes, the best sister and wife, among others.

She added that she has a good heart that forgives, that is why her light continues to shine and overcome every obstacle. While sharing some of her photos, she attached them with a caption in her words she wrote;

The most beautiful woman in the eod.

Beautiful In and Out

God’s precious Gift to this world.

An Angel with a Heart of Gold.

Apple of her husband’s eyes.

The best Mother in the word.

The best sister and daughter to her family.

The most loyal and caring friend.

An EAGLE that is rarely seen but much be adored whenever she steps out!!

The heart that forgives so her light continues to SHINE and overcome every obstacles thrown at it.

The STRONGEST woman I know!!

Above all, God loves me too much.