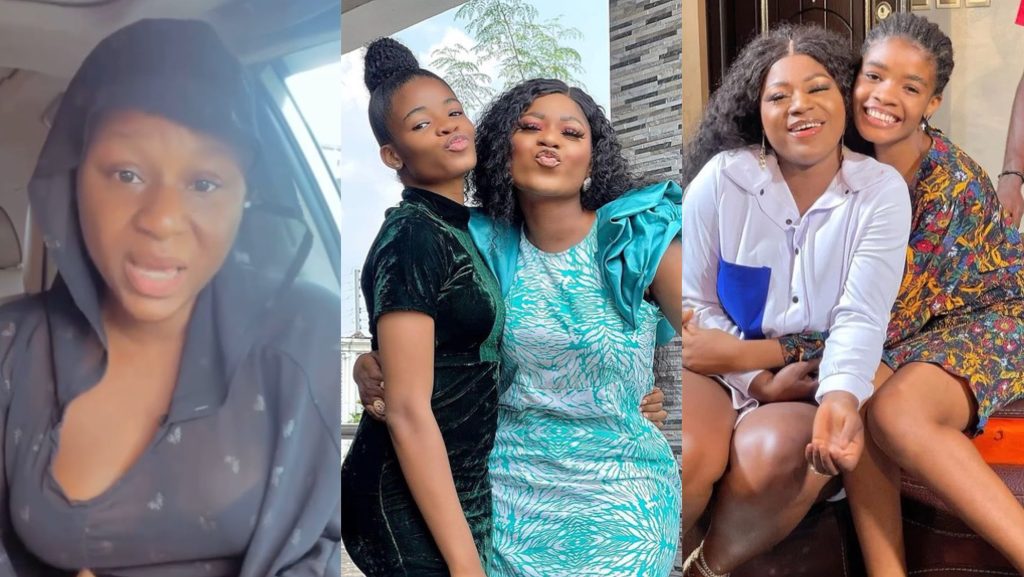 Explaining the reason for her action in a video posted on social media, Destiny said the young girl is an ungrateful and disrespectful person.

The actress, who fell out with Chinenye months ago said she tried everything possible to overlook her excesses, but her behaviour kept getting worse.

The girl is the screen diva’s gateman’s daughter whom she decided to adopt because she some prospects in her.

Etiko, however, said that no matter what happened, she always meant well for her and still loves the girl.

She said she did a lot for the girl which include pampering her with gifts and protecting her but the girl hurt her multiple times.

Swipe to watch the video below: