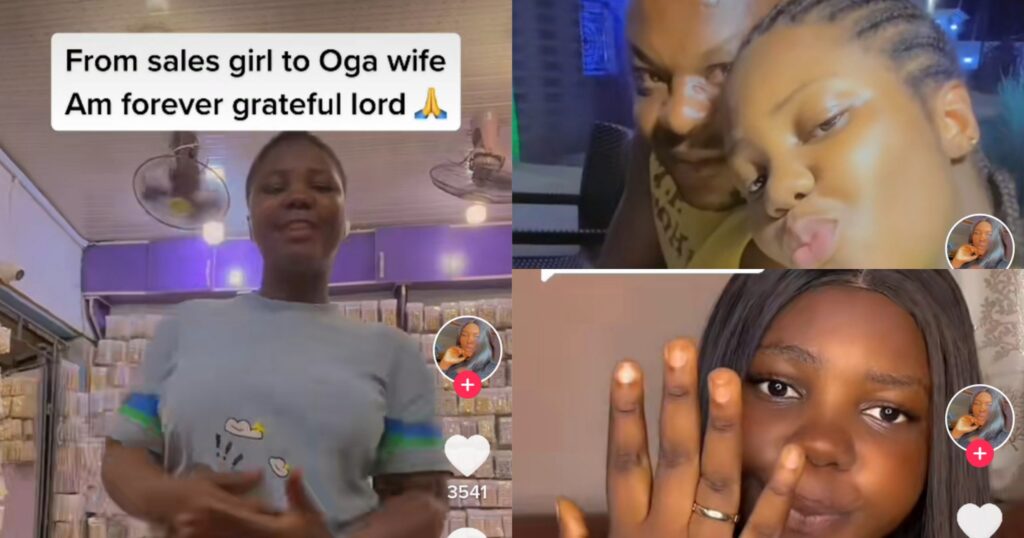 A curvy sales girl was seen on TikTok celebrating her recent promotion to wife position.

The caption on the video read “from sales girl to oga wife am forever grateful Lord ”.

The TikToker named Oluomabernadine also has a child for her said boss.

The news was received with mixed feelings as some shared in her joy and congratulated her, while some expressed concerns.

One of the comments read “hope not second wife” to which she replied with a video with the caption “mind your business”.