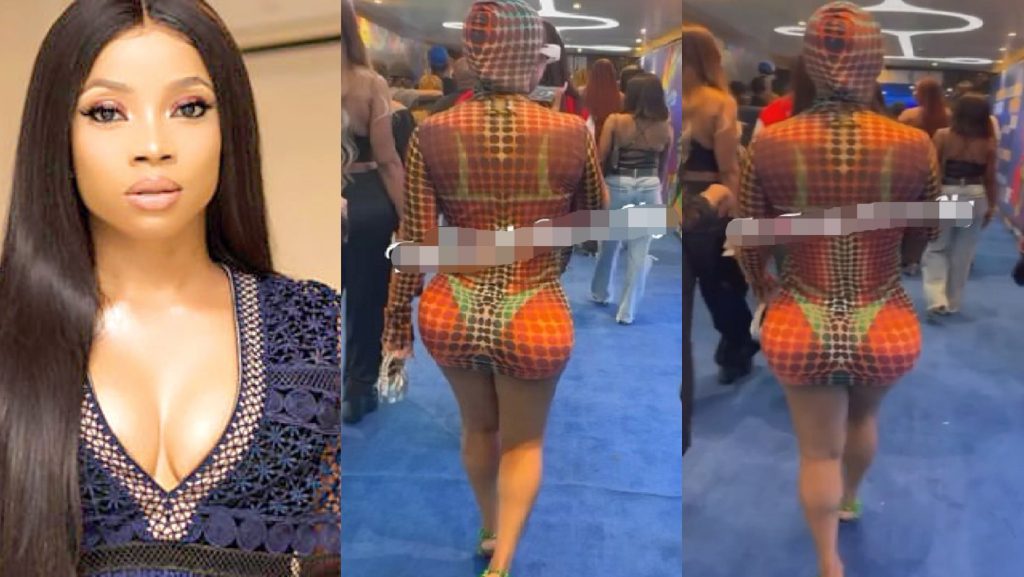 Toke Makinwa and her friends were spotted at popular Nigerian singer, Asake “Mr Money With the Vibe 2” concert yesterday, December 23rd at Eko Convention Centre and it was absolutely nothing but a shutdown.

This is coming after Asake, a YBNL signee had earlier  dished out classic performance at the first concert at the same Eko Conventional Centre on December 22nd, 2022. It was a star studded one as his performance with his colleague, Fireboy DML on stage captures the hearts of many.

The Asake “Mr Money With the Vibe 2” that occurred yesterday also delivers thrilling moments as the singers performs his hit songs off his debut album and leaves the huge audience wanting for more as they obviously the atmosphere.

However, several reactions have started trailing Toke Makinwa outfit to Asake concert. The 38-year-old media personality managed to get people talking following her skimpy out that got all part of her body parts exposed.

Her pant and bra were obviously on the outside at the concert, although Toke Makinwa seems to be confident in it as she vibes with her friends with so much energy at the star-studded concert.

Watch the video below.