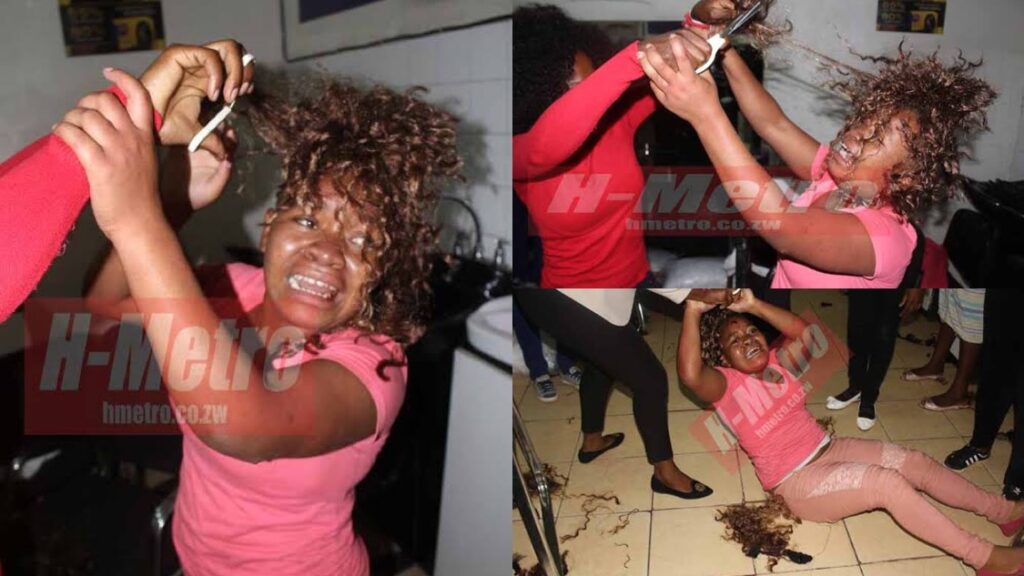 This is hilarious and yet it captures this insane notion of some women thinking that men are their ATMS and they ought to pay for everything including fitting their hair.

Apparently, this incident took place in Zimbabwe at the Rich and Famous hair Salon, and reports say, the victim known as Nothando, had gone to the salon with her boyfriend, who left when she was getting her hair done.
He allegedly promised to come back and pay for the hair as agreed on but never showed up again.

Then Nothando is said to have tried escaping but she was apprehended by the hair dresser-Pamela and others who jump on her with some punches while ripping off the newly fitted hair.