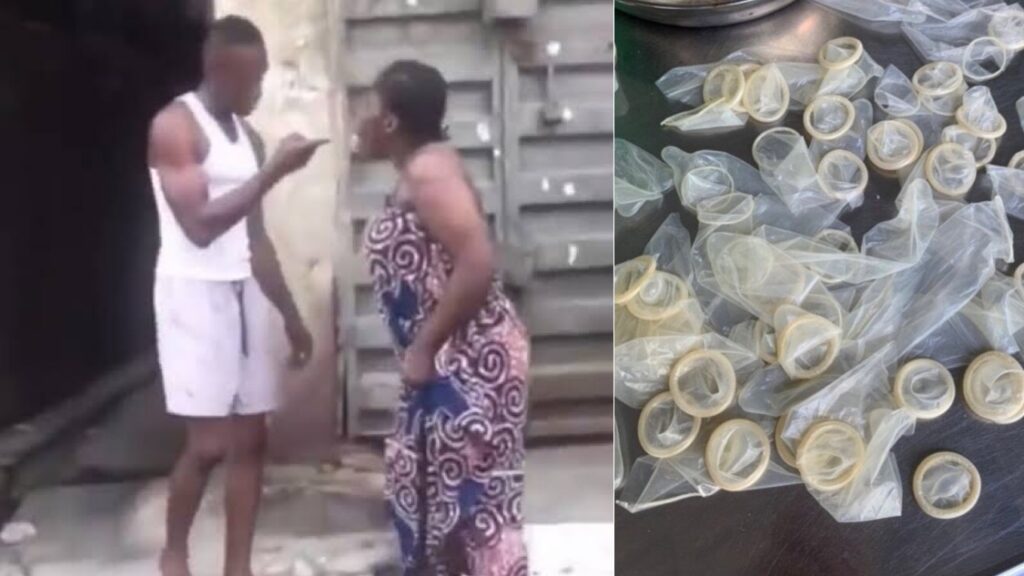 A young Nigerian man has cried out after plumber removed 23 used condoms that was blocking the toilet in his uncle’s house.

He took to nairaland to share the story. According to him, the uncle and his wife have just celebrated their second year anniversary and have been blessed with a child.

However, the marriage is on the verge of collapse because of the used condoms found in the toilet. The uncle is surprised as he is not always home and has never used condom on his wife.

The house was reportedly built a year ago so it couldn’t have been there before they moved in.

“Hello house don’t mind my grammar pls!There’s problem in the house! We have been having problem with our toilet for a while now but we received a shock after find out what the problem is….

My uncle is 44 and his wife is 34 with 1 kid (girl) they just celebrated 2 years anniversary. My uncle spend most of the time at the shop. He sells spare parts and automobile, he never knew and will never believe that his wife brings another man home (who she has once introduced to me as his cousin) … FastFWD

Two weeks now we have been finding it hard to flush toilet because the water is moving …. My uncle called a plumber yesterday, the plumber had to call my uncle to show him what the problem is.. To our surprise its A condom and one of them is still fresh with some sperm inside…

My uncle was surprised because he said he never used it on her since they got married … He just built the house which is not even up to 1year… Now their marriage is on the line of collapsing, I like the wife very well because she is kind and generous she buys me latest things like phones shoes shirts… I don’t know how to contribute to the issues because I am just a boy boy.”