A Video which is currently going viral on social media has shown the moment as a newly wedded couple was gifted some sticks of firewood on their day.

In the video which was shared on YouTube, the man approached the couples were they were seated and presented the firewood gift he brought for the couples

As the video went viral online, it has generated lots of reactions from users as some wondered what was going on while some ascertained that they won’t collect the gift if this was them.

user4956796370804 said: “What is the meaning of this firewood,in all culture it means suffering, hardship, badluck. “Given somebody a firewood is a bad omen.”

dic*ky said: “And I believe he was honest with it. cheering is the greatest thing in life.”

winniewins1 said: “Everything is possible on this planet

Gena Igorot said: “That’s very useful gifts with them. It’s symbolizing the warm up of the beginning of the new family.”

ogelism111 said: “What will my eyes not see.” simon said: “Culture is the power of ones identity love it! don’t judge by looking woods. who can tell me the meaning of wood?” 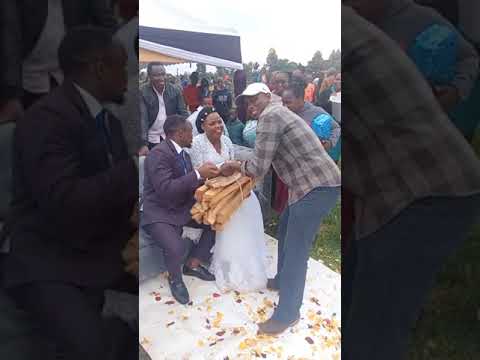