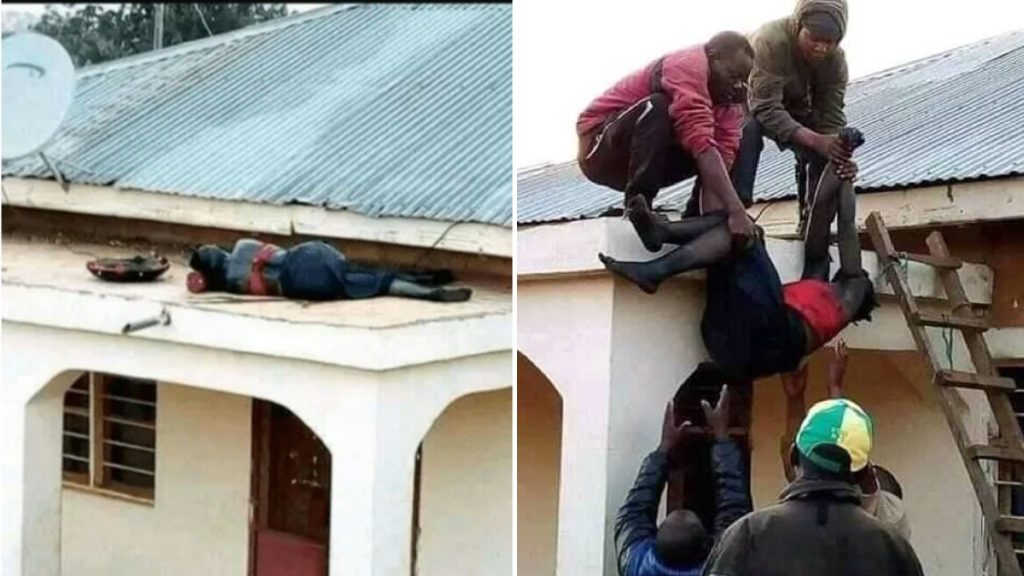 A witch was reportedly caught in Nigerian after crashing on the rooftop whilst flying in the night.

The woman who is alleged to be a witch is known Nkechi from Umuni Ngwa from the Enugu state in the Eastern part of Nigeria was found on the rooftop of a house lying helplessly after the crash.

According to a report by Occupygh.com, Nkechi crashed over a house owned by Mr Ugwu Erua while on her way home.

When she was quizzed by residents of the area on what she was doing on the roof of somebody, the alleged witch kept mute but spoke after one of the men acted as if he was going to cut off her head with a machete.

According to her, she was on a mission somewhere else but by the time she realized, she had crashed on this roof and doesn’t understand what happened.

“I am sorry, I was flying to another place, not this family but I crashed as I got at the rooftop of the house, I didn’t know what was the problem…”

“There is a powerful force operating here, I have been flying for over 30 years but never got caught, please don’t kill me” she pleaded.

See the photo below;