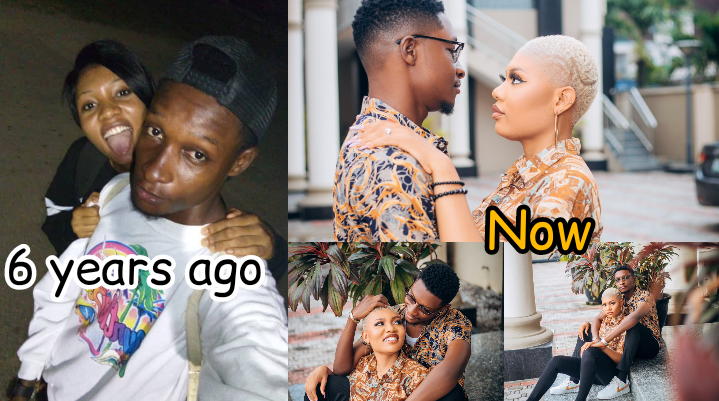 A young man has been super excited with his loyal girlfriend who stood by him when he had nothing, and he has taken to social media to announce that he is now set to make her his wife.

According to the Young Man, he stated that they both started dating 6 years ago when he was still broke and despite the fact that he could not provide for her, she refused to leave him.

A tweeter blogger took to his handle to share the news of the Couples marriage. Sharing photos of the Couples, the blogger attached it with a caption in his words he wrote;

It’s about that time we got hitched.

It’s been 6 years of everything.