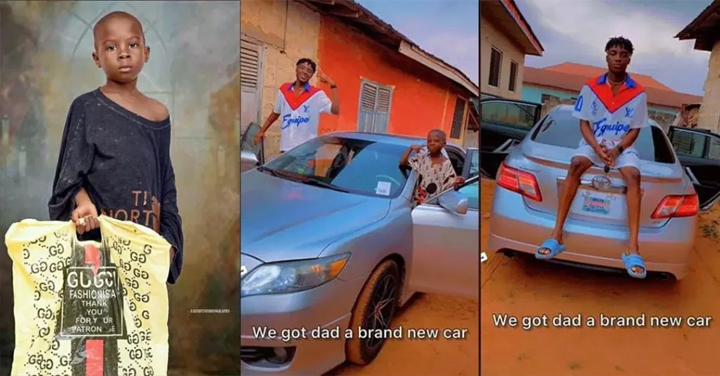 “His car was no longer good, and we decided to buy a new one for him. We did that because the old car was giving him issues. Me and my uncle decided that immediately we started making money, we would get him (my dad) a car.”

The child comedian also stated that when he started making skits at the age of four, he usually found it difficult to memorise his lines. He said:

“I couldn’t master my lines at once when I started out at the age of four. However, my uncle later taught me how to take my lines one after the other. I am better at it now though.”

Kiriku, who often blends mischief with humour in his skits, noted that having followers on all social media platforms, as well as being nominated for awards, were what he considered to be his biggest achievements so far.

He also stated that he has quite a number of cheerleaders who support his career, including a former singer and blogger, Tunde Ednut. He added, “He (Ednut) has really assisted me. Other celebrities have helped me too.”