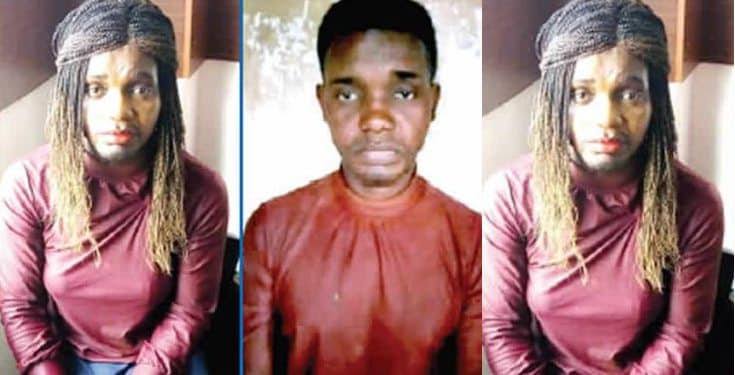 In what could be described as an unexpected turn of events, a man seeking a ‘call girl’ to pleasure him has been left astounded after he made a rather surprising discovery.

Imagine picking a lady from a night club or a red light ‘district’ like Nkrumah circle after taking her home, you realize it’s a man posing as a woman.

This might sound like a scene from a movie but the awkward incident happened to a s£× starved man recently.

He picked a a ‘call girl and went home to have some good time and when morning came, he realized that the s£x worker was a man posing as a woman.

Just to confirm whether what he was seeing was real, he stripped the cunning man who was posing as a woman and noticed that he was even wearing a bra.

The fake ‘call girl’ was beaten like a dog after his cunning tricks were unearthed.