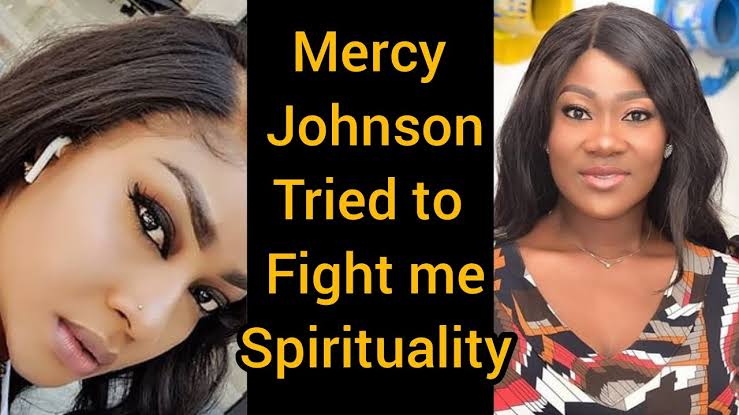 In a screenshot shared on the photo gallery platform, one Sonia Ogeri had called out Mercy Johnson to show her love and make peace with her for all the wrong she’s done to her especially after she’s also been shown love during her birthday.

As if that wasn’t enough, actress Angela Okorie also commented that Mercy Johnson has done worst of whatever she did to Sonia Ogiri to her.

According to Angela Okorie, after she confronted Mercy Johnson of offending her, she started fighting her both physically and spiritually.