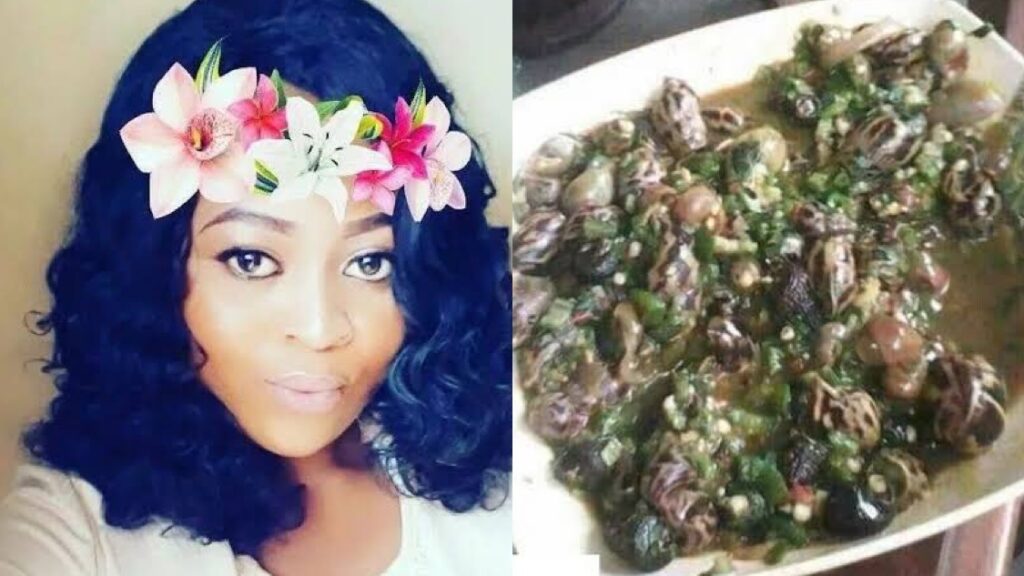 A Nigerian lady on Facebook, Ntiwunka Jessica has taken to the platform to share how she got dumped by her boyfriend after she’d cooked for his family.

According to Jessica, this was her first time of acquainting with her boyfriend’s family and so he asked her to prepare something for them with her own money and so she did. 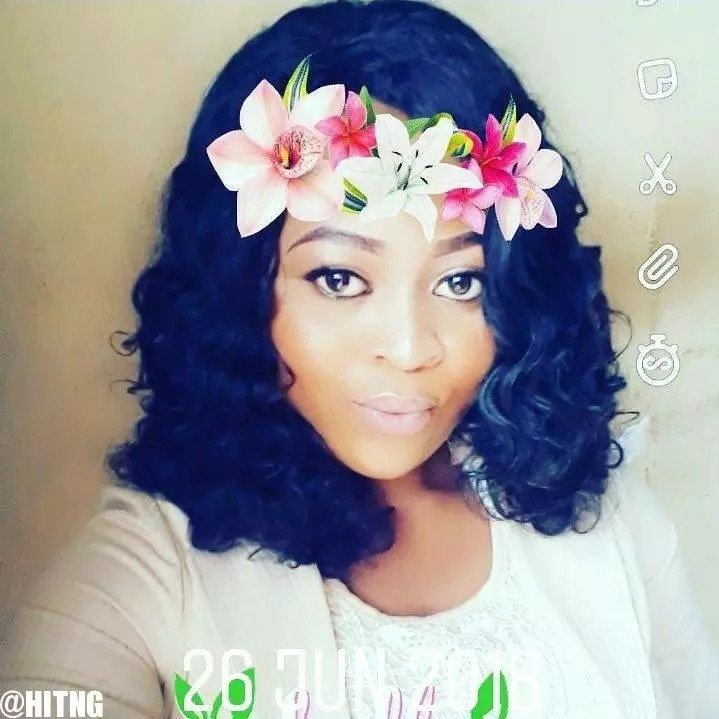 Jessica then reveals that since she visited and cooked for his family, he hasn’t been returning her calls and due to this, she’s not ready to get married to him again but she wants the reimbursement of the money she used in preparing a dish for his family.

Sharing a photo of what she cooked for them, Jessica wrote,

“Hanty susu please approve, I want justice ooo. So this guy that wants to marry me called me on Saturday to come make food for the whole family and also introduce me to the parent, then I asked for money to buy foods stuffs that I will be needing, he said I should use mine that he would refund later, I said Ok, after making the sweet soup and Eba, I left, up until now this guy has not picked my call nor call back, infact I don’t want to marry again ooo, all I want now is my 10k I used for the soup ooo, pls my wobe children how do I get it back.” 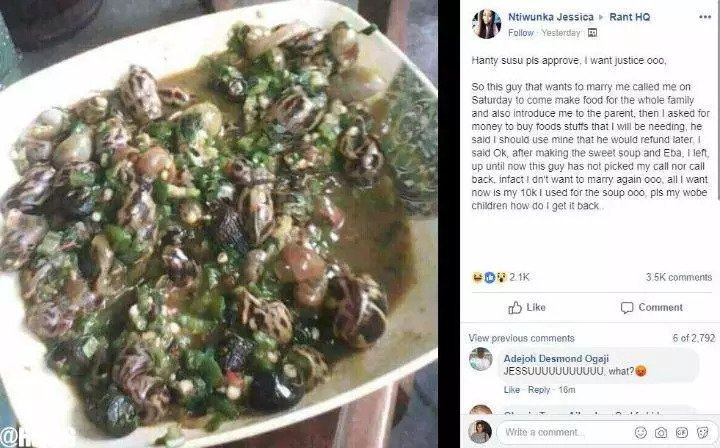