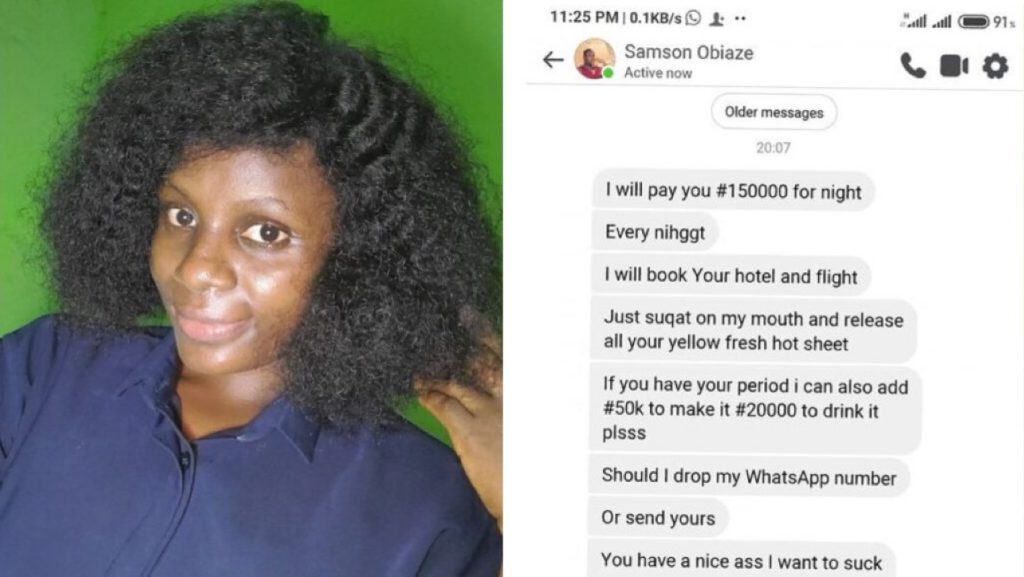 A Nigerian lady has taken to social media to call out a man who offered her 150k so she could do some very weird fetishes with him daily. 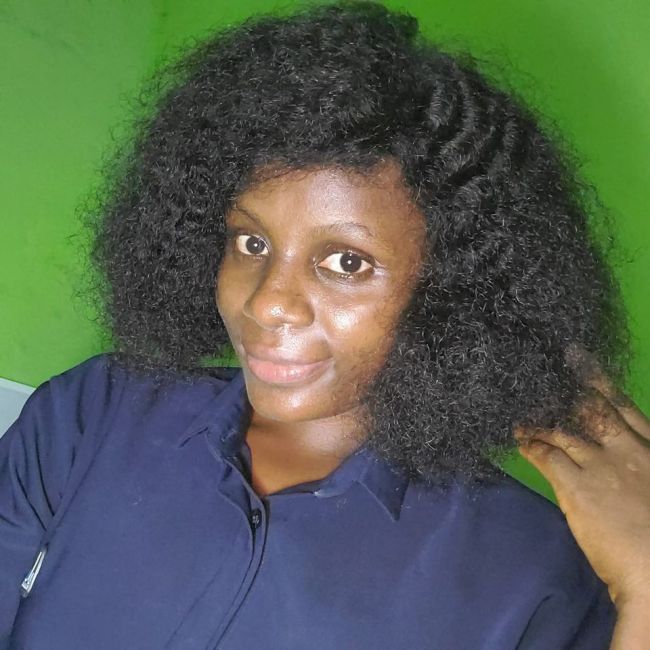 Sharing the story on Facebook, the lady, Britney Sophia Mark narrated how the guy known as Samson Obiaze had chatted her up, made his intentions known, then went ahead to make her an offer of 150k to eat her faeces, an offer she outrightly rejected.

He also offered her an extra 50,000 naira to make it N200k so that he can drink her menses, which really disgusted her.

The guy revealed that he wishes to suck her anus for one month and even after she visits the toilet.

She warned him never to send such disgusting messages to her, and he replied by blasting her that she just wants to throw away N150k.

Sophia shared screenshots of their chat and wrote;

“For the very first time… I’m dragging an idiot. A Ritualist! Samson Obiaze Because I warned him, nobody should preach to me o, why I should have just blocked him. I will Drag him here , then block him. Because this boy here wants to be Mad!

“This person is not even on my list. He came to my post & asked me to check my inbox. His profile wasn’t familiar but yet I checked my inbox, no message, then, I went to message request & this idiot is insulting his Head!” 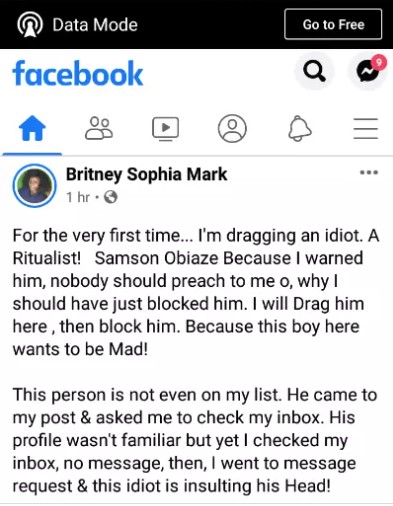 Read their chat below: