The Kogi State Vigilante Group in charge of Adavi Local Government has arrested a young man who disguised as a woman.

The young man identified as Ilyasu, was nabbed on Wednesday morning, August 25, in Zariagi community, Adavi LGA, by the vigilante group when they suspected him of making suspicious moves.

The Chairman of Adavi LG, Hon. Joseph Omuya Salami, who arrived at the location where the incident happened instructed the Vigilante Group to hand over the man to Nigeria Army for further questioning and find out the motive behind his moves.

The suspect who confirmed his name to be Ilyasu, an indigene of Kogi State from Ofu local government claimed to be a dancer but he’s yet to disclose his motive in that area because nobody can identify him as part of the community or have met him before.

Engr. M. Jamiu Habeeb, SA Media&Publicity, Adavi LG, said the Nigerian Army has taken charge of the situation and the issue will be investigated and Musa will be tried if found guilty of any criminal act.

“Bobrisky, you sabi he/her? I just wan know before we continue dis matter 4 Kogi” he captioned the post.

When a follower enquired the identity of the person, Mr Atuluku said “disguised for criminality but caught in my dear Kogi State”

“We don’t tolerate anything that has the semblance of criminality in any part of Kogi State by anyone or group of persons.” Atuluku further said ” he added. 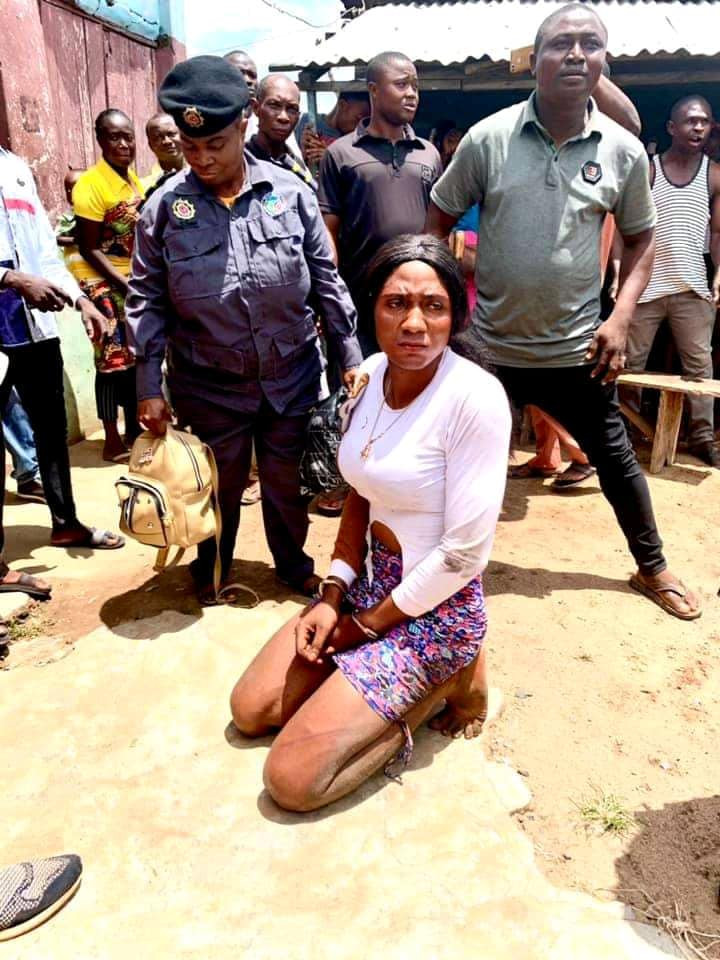 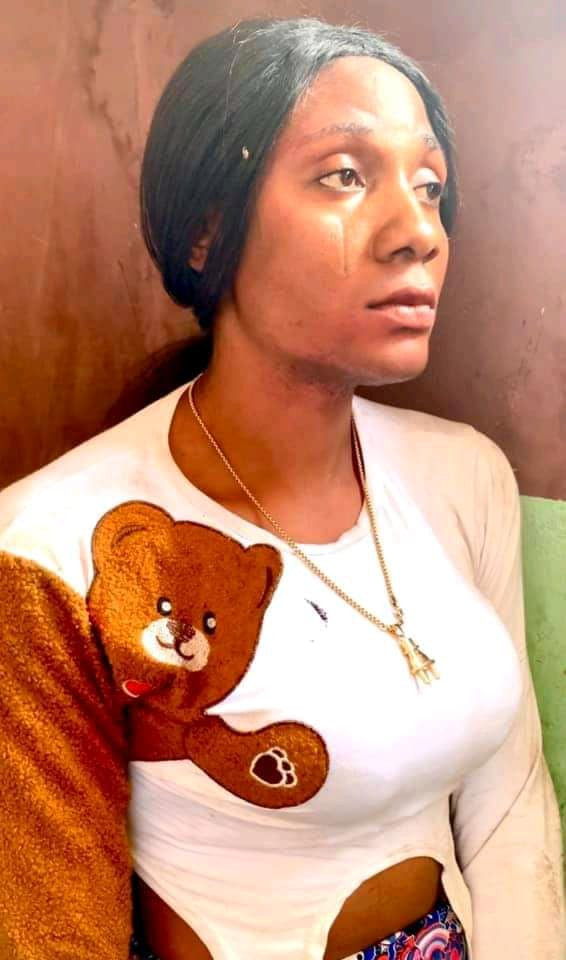 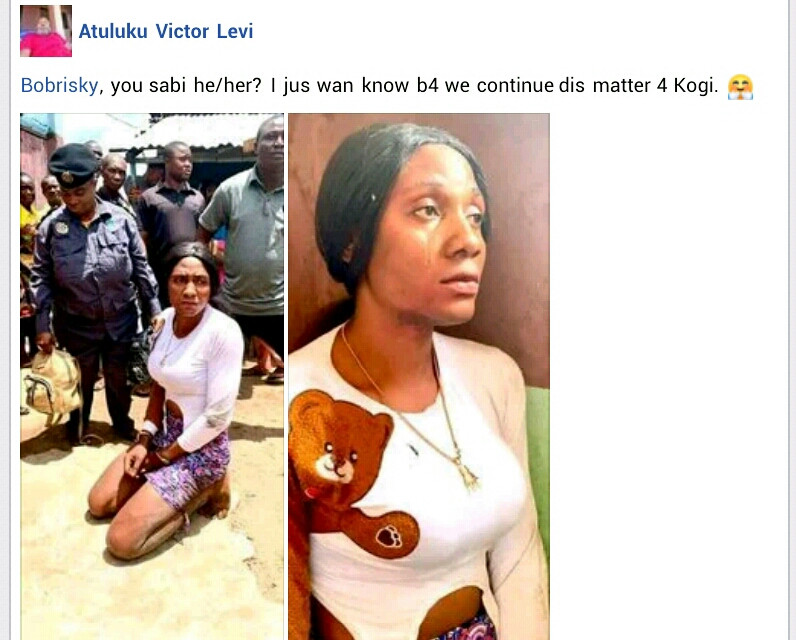 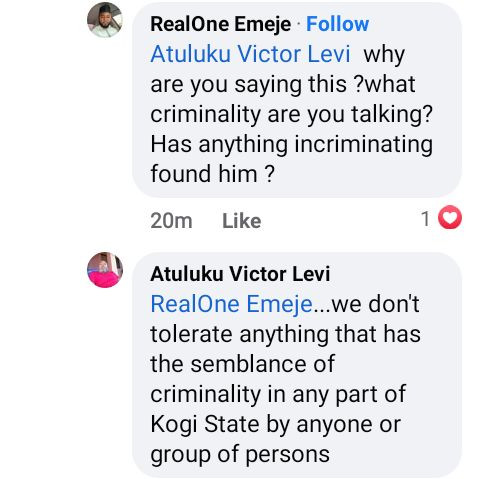 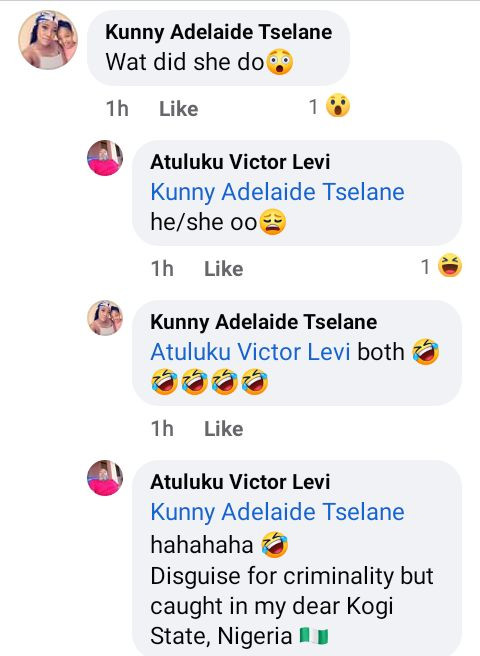