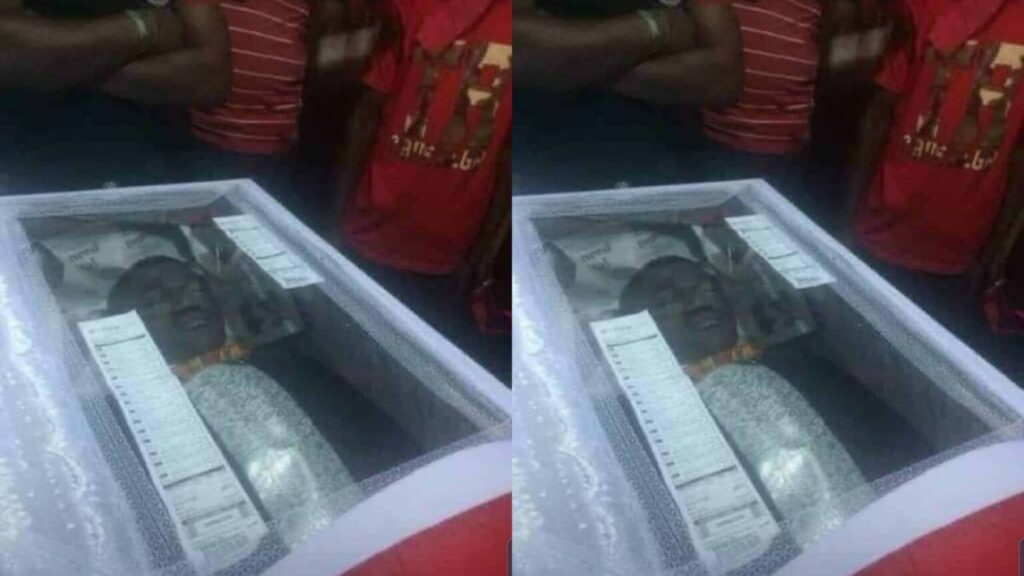 A Nigerian man identified as Frank in Delta State was buried alongside his Bet9ja betting slip in his coffin.

According to reports, Mr Frank Died from a heart attack after his “Almost Win” Bet9ja stake cut-off.

He staked the two slips which summed up a total potential win of N41.2million. One of the slip was N34million while the other was N7.2million.

The two stakes cut when Frank had hope of winning all the stakes, shocked and traumatized, he developed a sudden heart attack that claimed his life the following day.