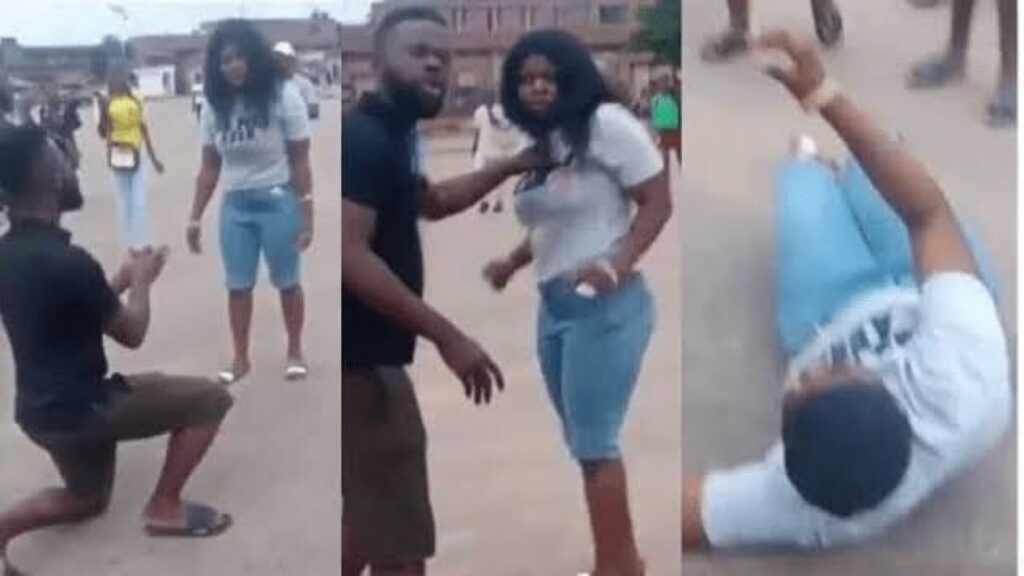 After she said no to his public marriage proposal, a Nigerian man gave his girlfriend the beating of her life, as seen in the video below, which has since gone viral.

The incident is said to have occurred in the University of Benin’s hostel car park.

As she declined his proposal, the woman was heard saying, “I can’t accept your proposal.” ‘How can you tell me no; no for what?’ exclaimed the deeply embarrassed man, who then became enraged.