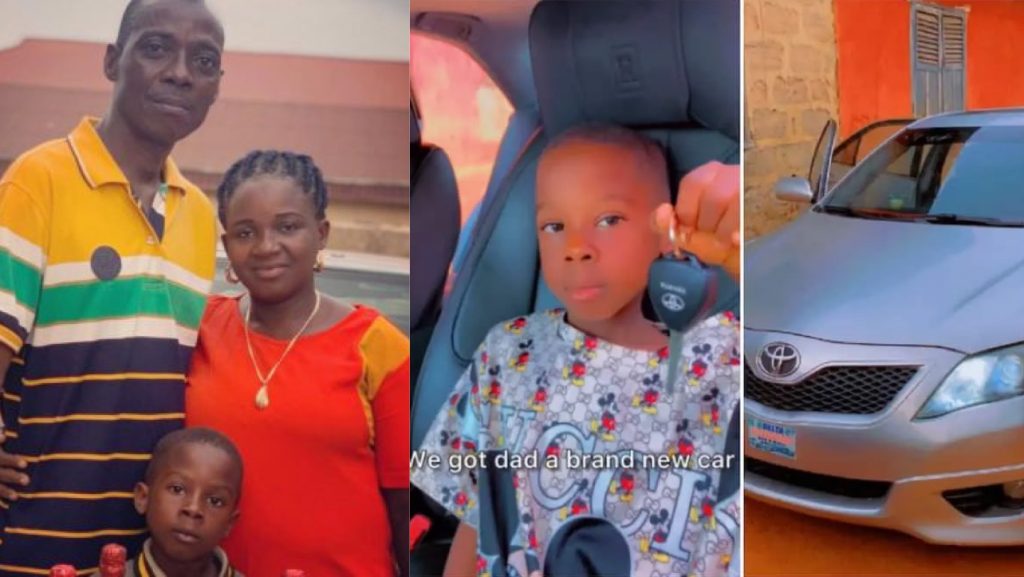 Victory Enorense, aka Kiriku, a children’s skit performer, said he bought a car from his father because the car he was using was no longer in good condition.

Kiriku, who is famous for singing his popular song, ‘Abeg shift’, said, “His car is no longer good, we decided to buy him a new one. We did it because the old car was bothering him. My uncle and I decided that as soon as we start making money, we will get him (my father) a car.

Explaining how she got interested in film, Kiriku said, “I watched videos of children’s cartoonists like Emmanuella. I was more interested when I started shooting skits with people. That’s how I started.

The comedian also said that when he started performing skits at the age of four, he had a hard time memorizing his lines. He said: “I did not know how to do things at that time when I started when I was four years old. However, my uncle later taught me how to read my lines one by one. I’m better now.

Kiriku, who often acts mischievous in skits, said that gaining followers on social media, as well as being nominated for awards, is what he considers his best achievement so far.

The youngster also said that he has a lot of supporters who support his work, including former singer and blogger, Tunde Ednut. He added: “He (Ednut) really helped me. Other famous people helped me too.