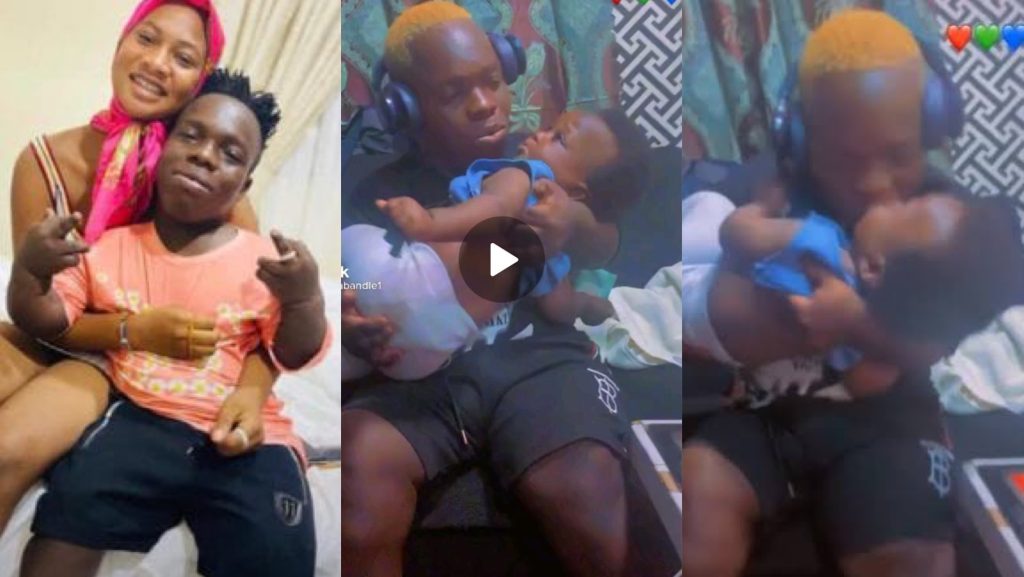 Recall that somewhere last year, it was been rumored that the internet sensation had gotten his girlfriend pregnant.

Many Ghanaians trashed the news and concluded that the report is just for hype and not true.

Well, the news was accurate because Shatta Bandle has shown the face of his 5-month-old daughter for the first time.

As seen in the video, Shatta Bandle was cradling his cute daughter in his arms while showering her with kisses.

It is also evident that the little girl is Shatta Bandle’s daughter because they bear a striking resemblance.

Watch the video below to know more…