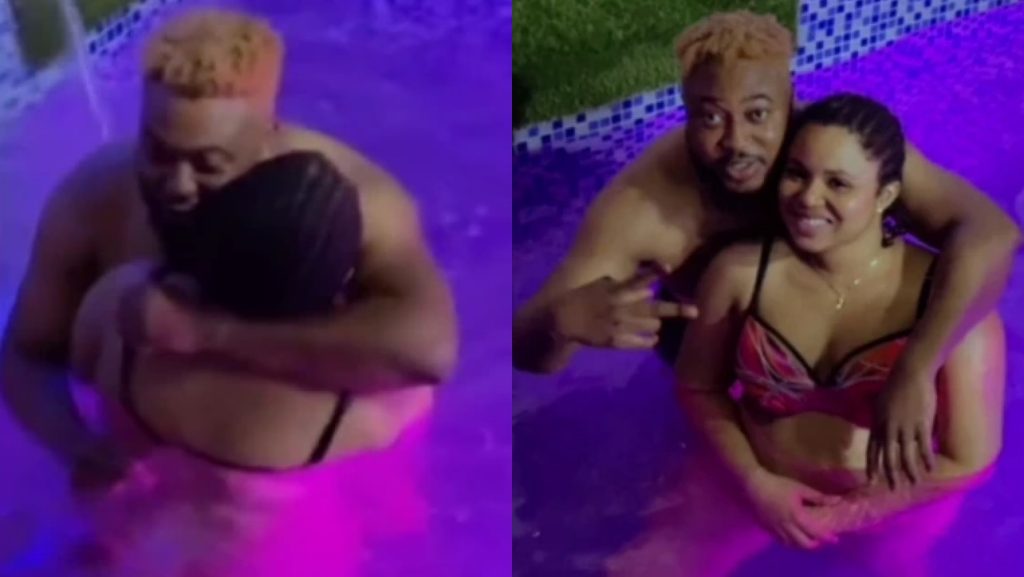 Baba Rex is among the most talented comedians in Nigeria and he knows how to stir up reactions from his fans whenever he shares new videos of himself on social media.

Baba Rex took to his official instagram page to show his fans moment she was swimming with his wife.

The talented comedian captioned the video saying; “do not settle down with anyone that does not believe in your dream. Thank you”. Baba Rex and his wife swam in a big pool. Baba Rex’s wife moved closer her husband and they hugged each other.

The comedian also held his wife from behind while they posed for the camera. Click on the link below to watch the video.

The reason why Baba Rex swam with his wife is not far fetched because he wants to strengthen the bond between him and his wife.

As soon as Baba Rex and his wife’s video surfaced online, many of their followers rushed down to the remark area underneath the post to drop lovely compliments for them.

See screen captures of their reactions below.