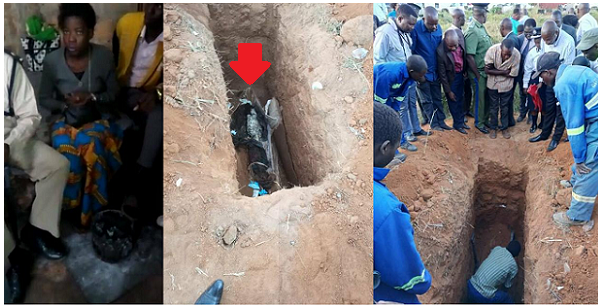 A girl who was believed to have died two years ago and was buried shocked her community yesterday as she returned to her parents’ home in the quiet Masala town in Ndola, Zambia.

The girl, whose name was given only as Winnie, reportedly died of an illness and her body was deposited in the morgue. She was later buried at Mitingo cemetery and her family came to live with the pain of the loss.

However, the community was left shocked yesterday when the same girl returned home. The girl told her family that it was a banana tree that was buried, not her.

Hundreds of residents gathered at the Central Police where the parents and the girl were kept as they waited for a DNA test to be authorized and conducted on the girl.