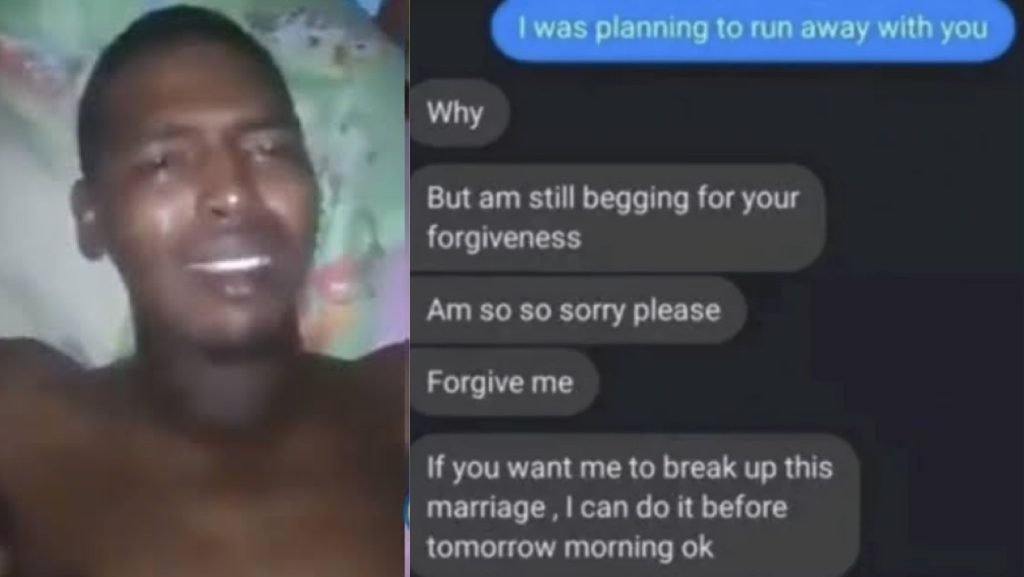 Due to the strictness of the time, loyalty was seen as a valuable asset in marriage. Those days are long gone.

However, in today’s culture, married couples simply cheat on each other as if their marriage is unimportant to them.

According to research, women cheat in relationships more than men, especially when there is a financial problem.

However, an unidentified girl was appealing with a guy she was having an affair with before marrying another man to impregnate her in some leaked screenshots that have appeared online.

She claims that after he has impregnated her, she would put the pregnancy on her husband.