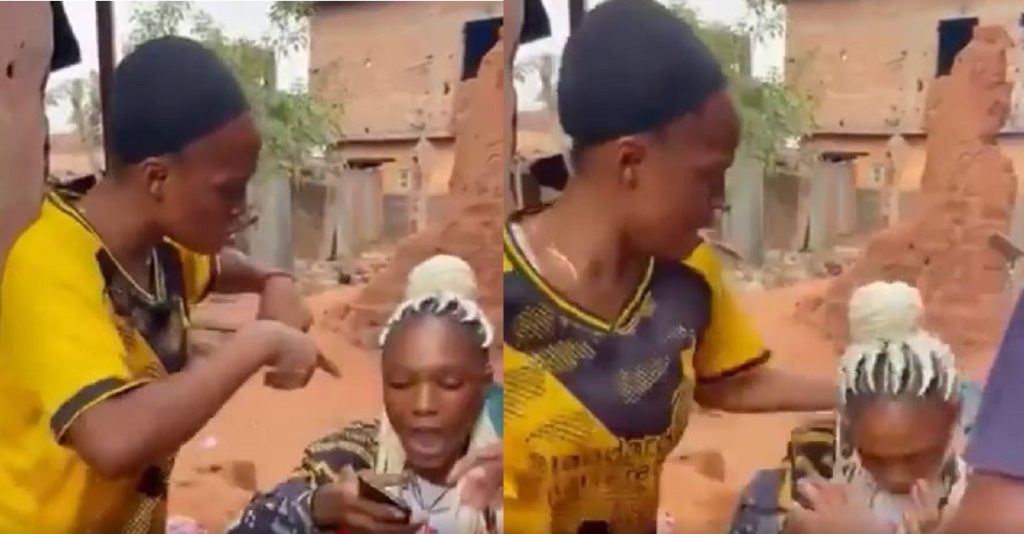 In the video making rounds on social media, the girl confronted her friend for outing her sexxusl promiscuity to her boyfriend

She demanded that her friend explain the reason for her betrayal, however, the girl who was confronted insisted that her boyfriend chatted her up first.

The girl, who appears to be from the southern part of Nigeria, engaged her friend in fisticuffs whilst maintaining that she had no right to expose her.

The fight escalated quickly and friends of the duo had to intervene to squash the fight.