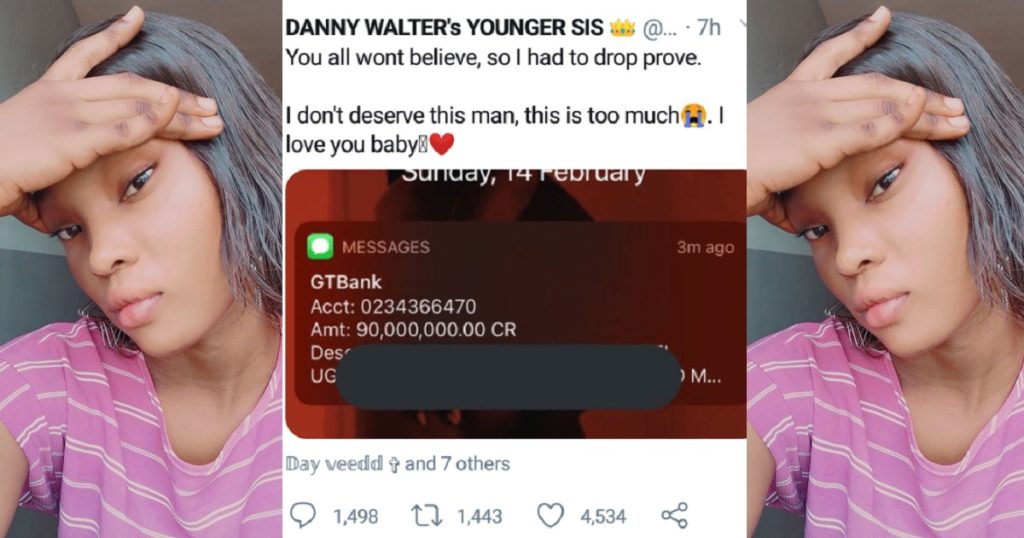 A Nigerian lady identified as Kaila Walterr on Twitter, has taken to the platform to flaunt the huge sum of money she allegedly received from her lover as Valentine’s gift. 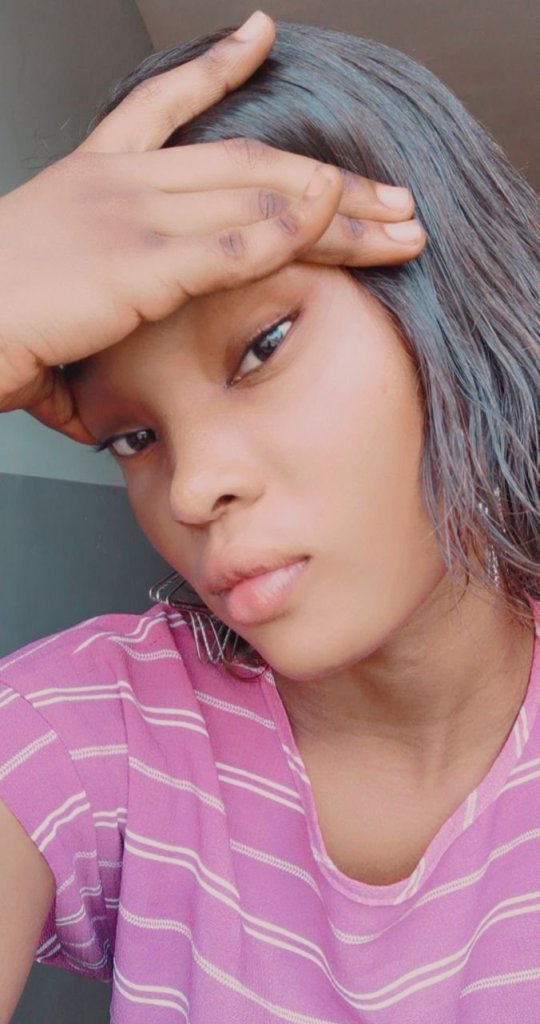 According to the lady who shared a screenshot of the N90m credit alert, the money was a surprise valentines day gift from her man.

She hinted that she knows nobody will believe her, thus, her reason for attaching the screenshot of credit alert as proof. 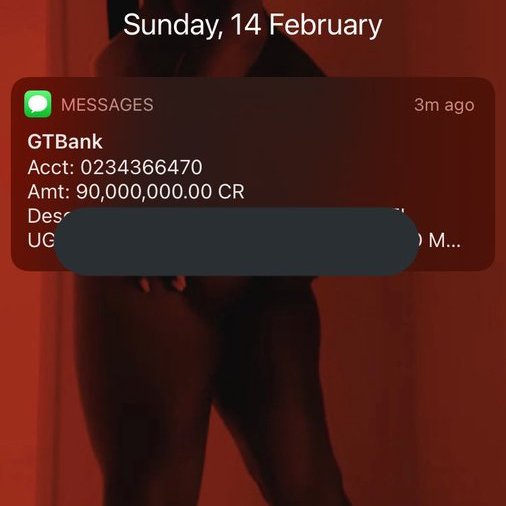 Sharing a screenshot of the credit alert she wrote, “You all wont believe, so I had to drop prove. I don’t deserve this man, this is too much 😭. I love you baby❤”. 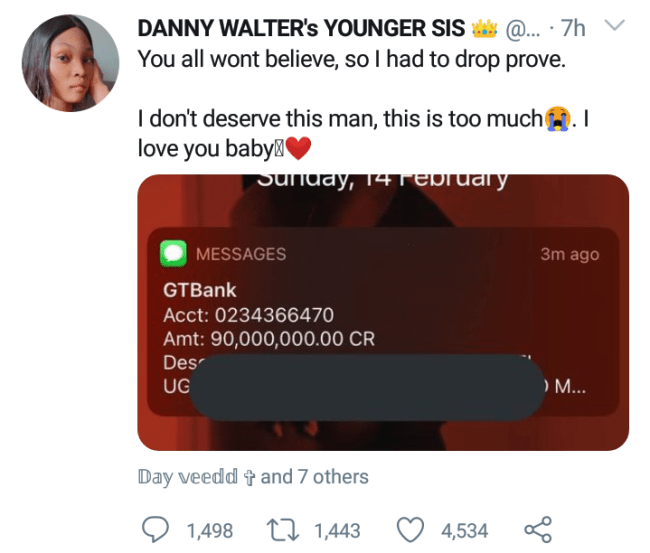 However Netizens doubted the authenticity of the credit alert, as many claimed it was photoshop.

This is coming months after a Nigerian lady identified as Amarachi Reginald has taken to social media to reveal how someone gifted her a N2 million after she cried out over not getting anything for Christmas.

Amarachi had lamented over not having any gifts for the festive season on social media, wondering why nobody had asked for her account number to credit her with Xmas alert.

She uploaded some screenshots which showed where she originally begged for gifts and another showed the credit alert she received from the person she referred to as Santa.

The young lady had written on her Snapchat,

”This one that nobody has asked for my account details for xmas… abi you want to deliver it with trumpet? Wow

Hampers and Gifts coming too?

Maddd oo. I promise to be shocked in addy’‘

After getting the N2m alert, she posted the screenshot with a caption,

‘‘Wahala for who they never send Christmas money”