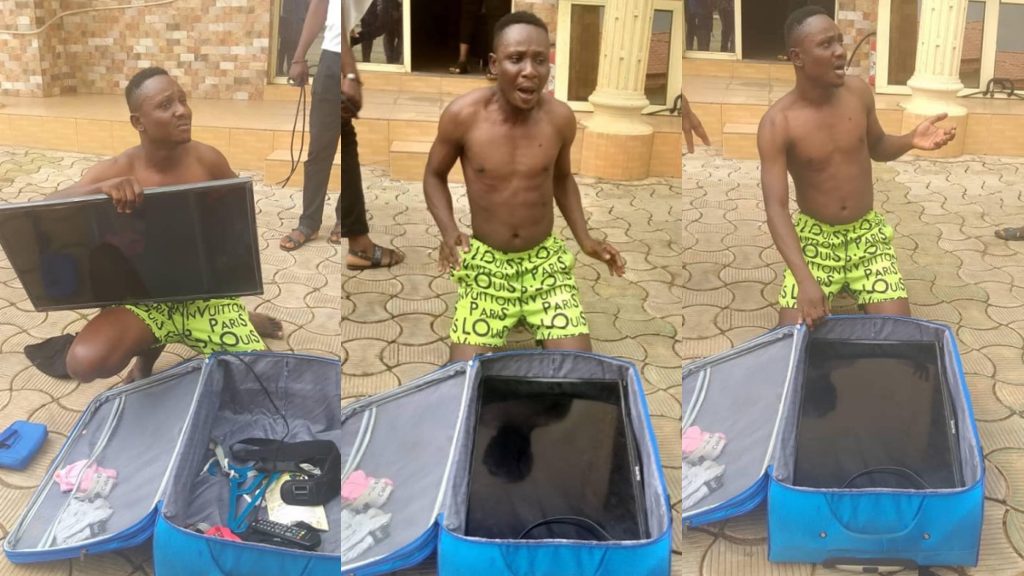 A man who had the nerve to steal a Plasma TV from a hotel has been nabbed in a community in Benue state. 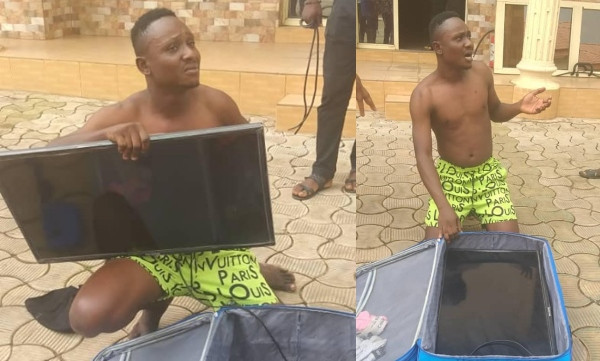 The man has been nabbed
It has been revealed that a yet-to-be identified man (pictured above) recently got more than he bargained for after getting caught with a Plasma TV he stole from a hotel in Makurdi, Benue state capital.
The suspect was nabbed with the Plasma TV placed in a trolley bag after the hotel’s security insisted on running a check. Facebook user, Vera Iyo notified other hotels of the new antics employed by robbers as she shared photos from the scene of the incident.

She wrote: “This guy came to kyabiz hotel mkd, Gboko road to steal this plasma TV but unfortunately we cought him.this should be a warning to other hotels, this ppl are not joking oooo.

“While he was caught he had keys to order hotel rooms, should incase you have a missing TV in your hotel check E division.” 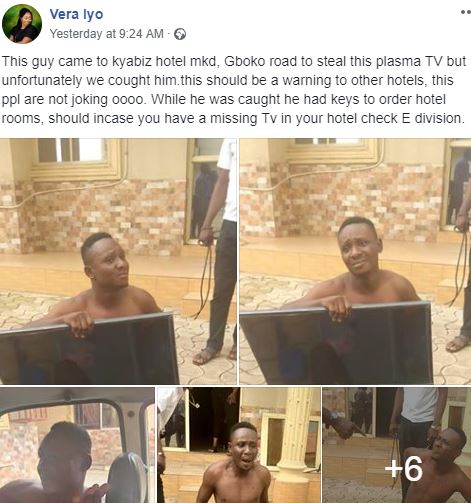 See more photos of the man below: