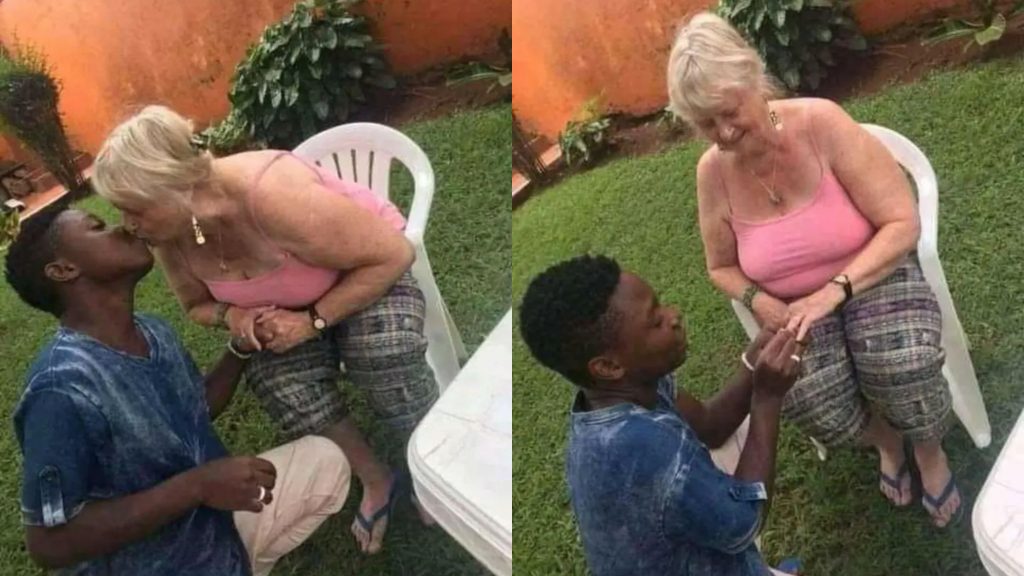 In what many have described as an obsession, a black teenager said to be 17 years old has allegedly proposed to marry a white woman old enough to be his grandmother.

Swimming in infatuation, the teenage boy bend the knee and put a ring on the finger of the old woman as he professes his love for her.

Although his name is yet-to-be ascertained, his friend, Guy Philip who shared the photos on Facebook said he made the decision by himself.

Philip said the two love birds plan of marrying when the minor has turned 18.

He shared the pictures in a Facebook group, NCFFA (New Cuties Facebook Famous Arena) and captioned it as follows:

“Allow somebody to marry you, you are getting old. Anyways, congrats to you my bro”.

Well, the post generated a lot of reactions with many saying “The boy is only doing that because of the woman’s money”.

At the time of this report, the name and country of the teenager is not known. 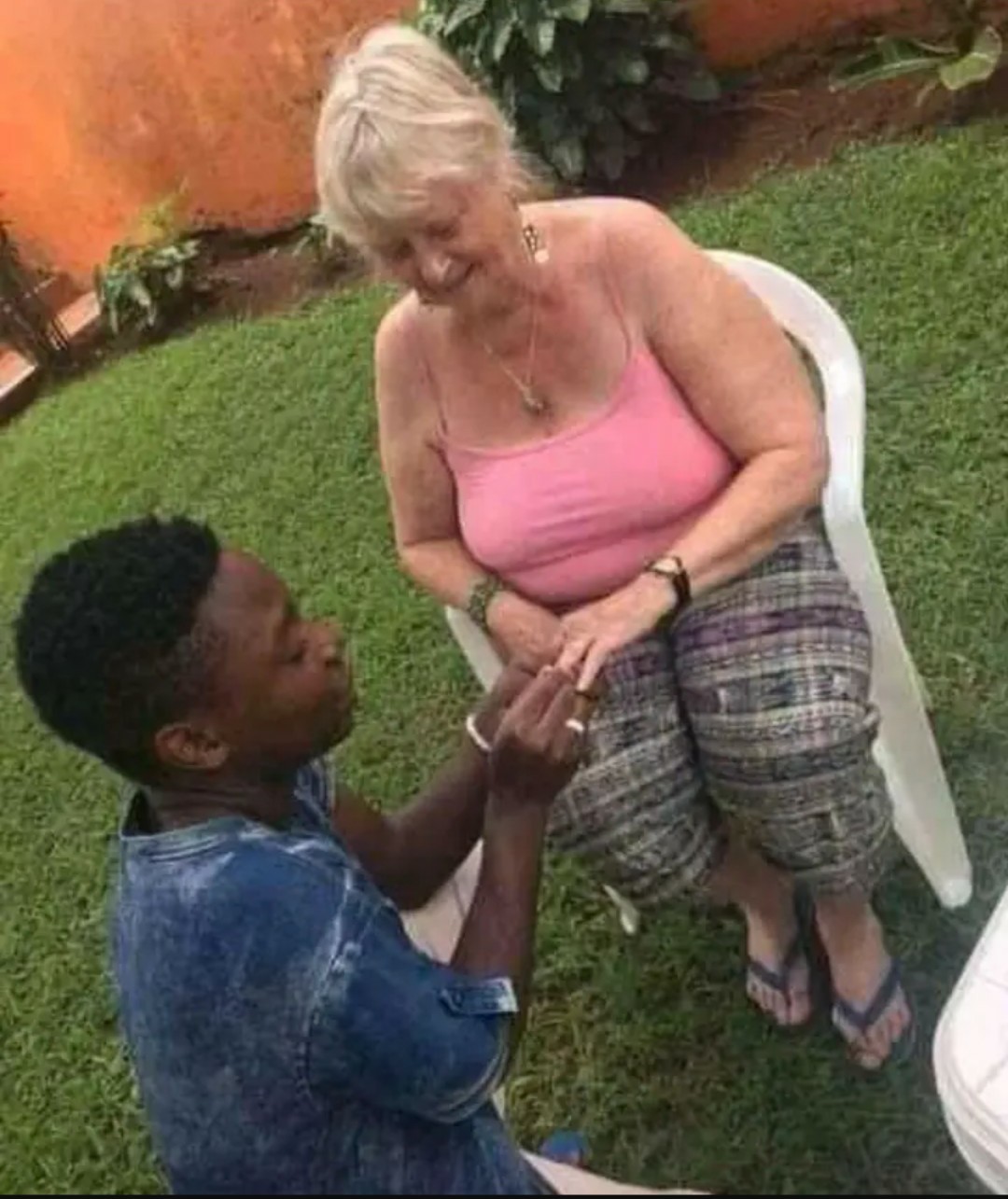 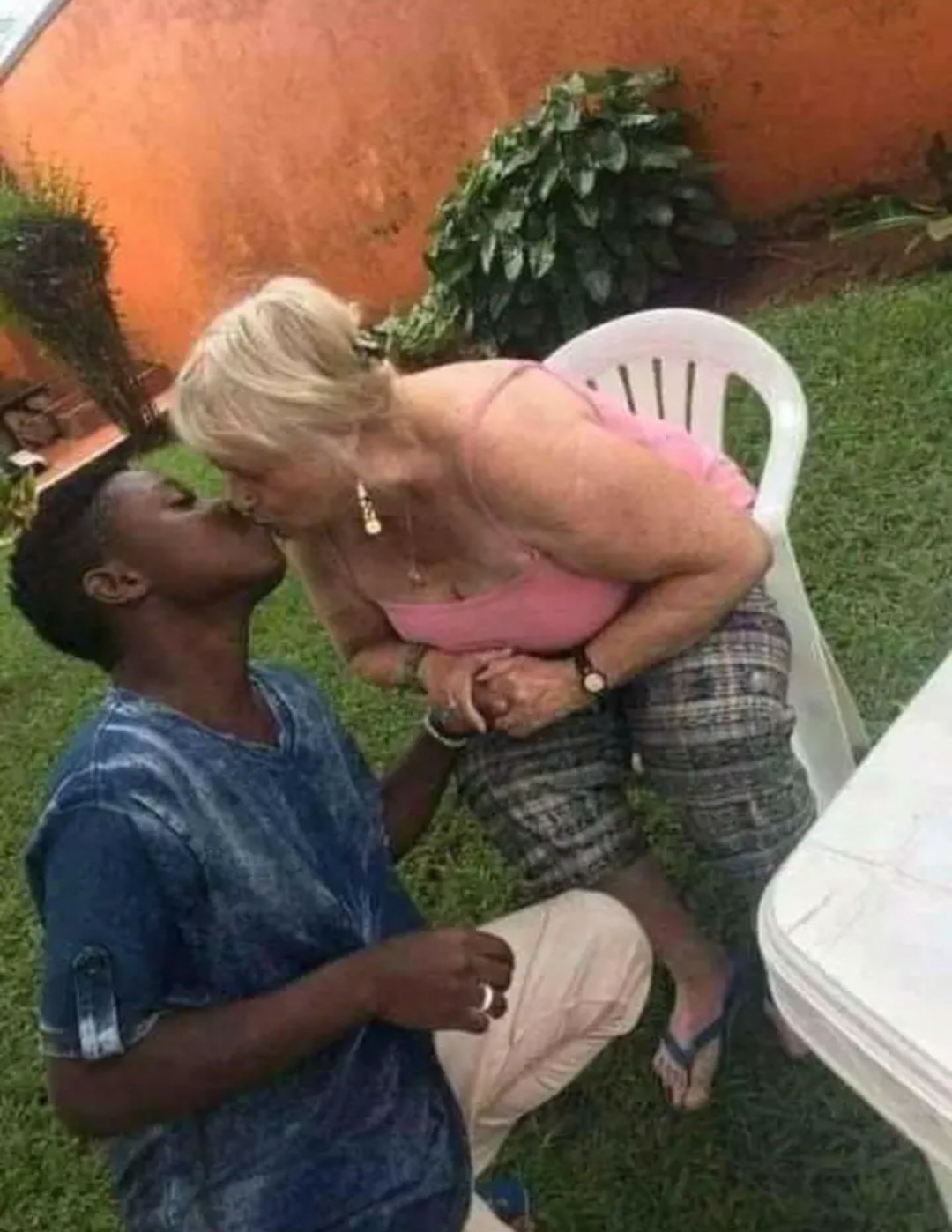 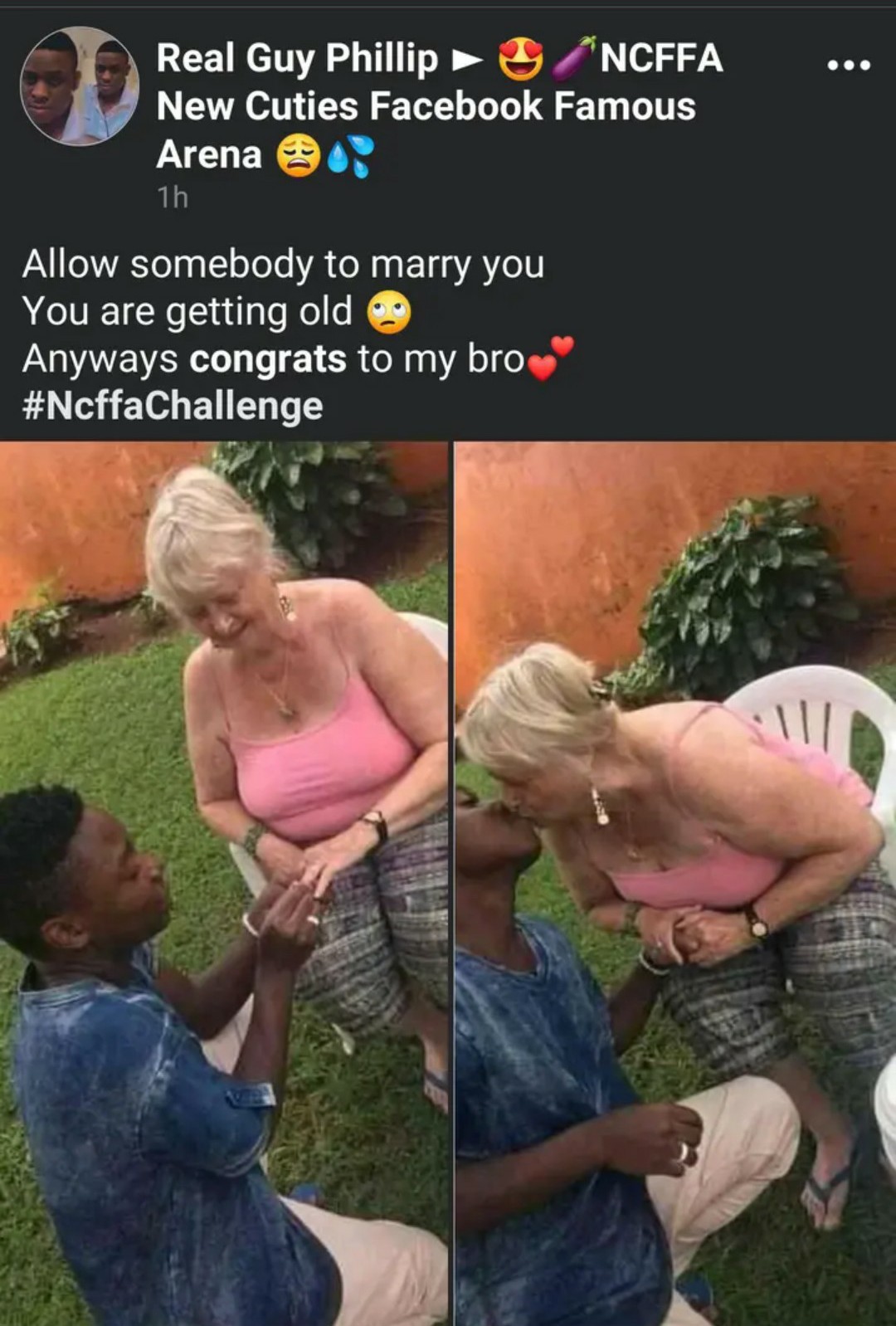