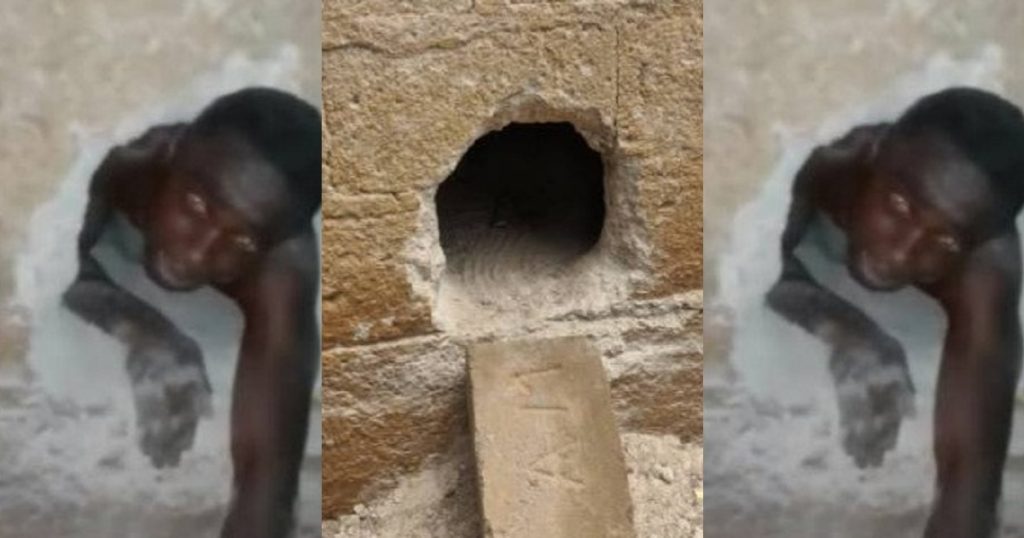 An alleged thief who burgled a church building has been nabbed, after he got trapped in a hole he followed to gain access to the building. 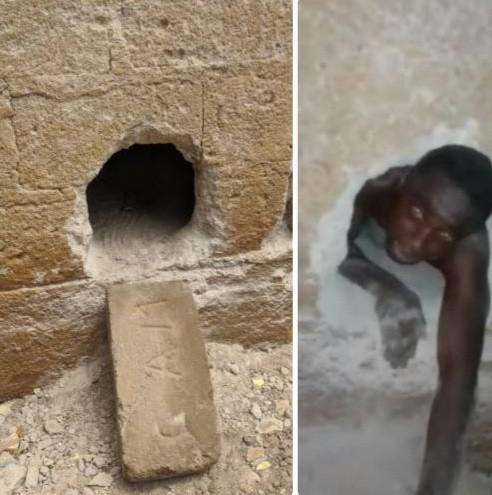 It was learnt that the the suspect created a hole inside the ground floor of the locked storey building using a chisel and hammer but unfortunately got trapped in the hole.

Residents saw him making the hole but chose to wait and watch. After making the hole, he climbed in and stole some money from the church. He is also said to have stolen mobile devices.

He however couldn’t sneak back out and residents alerted the caretaker of the building after he had been there for a while.

The caretaker opened the door and found the suspect trapped inside the hole. As he begged to be let out, residents collected the offering money he stole.

He was also reportedly caught with a bag containing packed phones, computer and accessories he had gathered from the church.