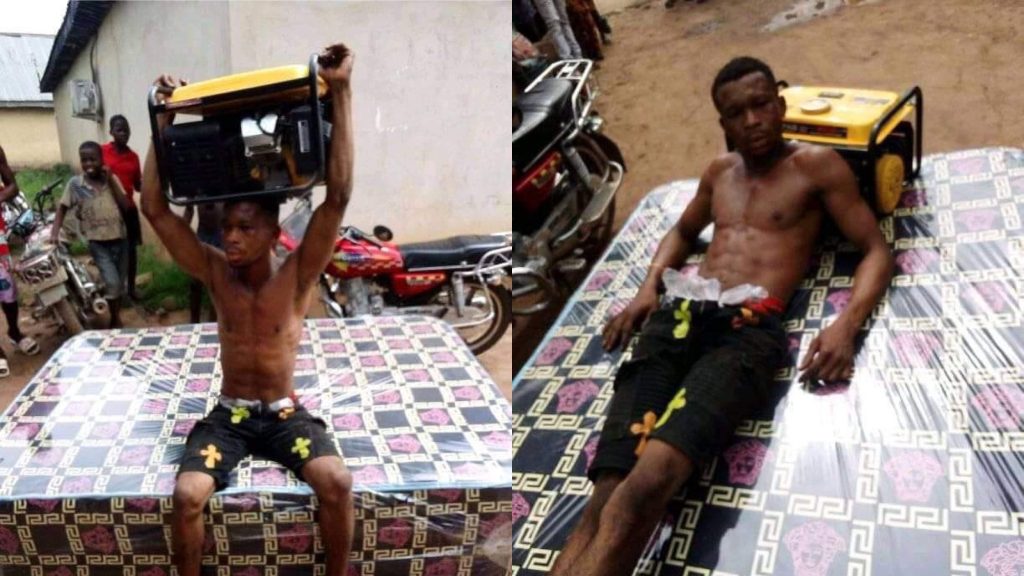 A young man has been apprehended for allegedly stealing a generator and mattress in Oghara, Ethiope West Local Government Area of Delta State.

According to reports, the suspect was caught by youths in Otefe community Area on Sunday, May 9, after he broke into a house and stole the items while the owner was in the church.

He was forced to pose with his loot. See photos below ; 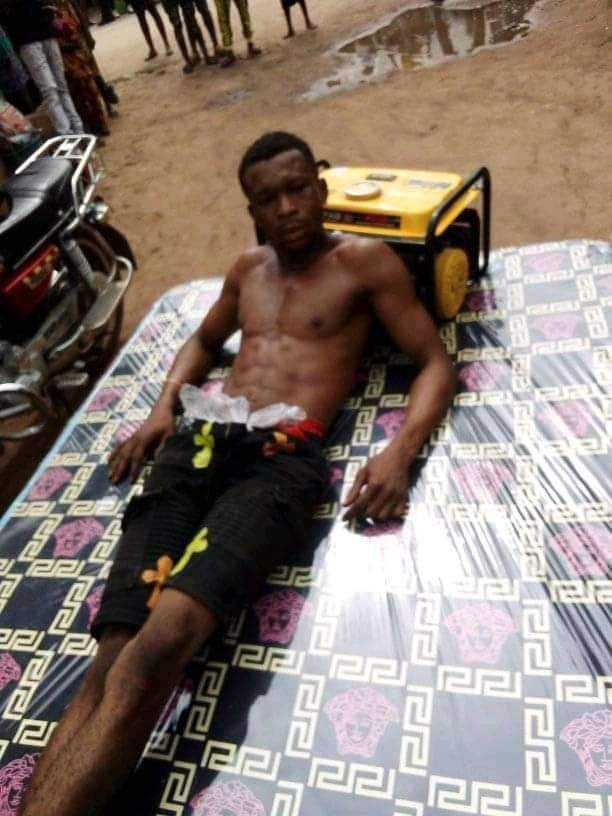