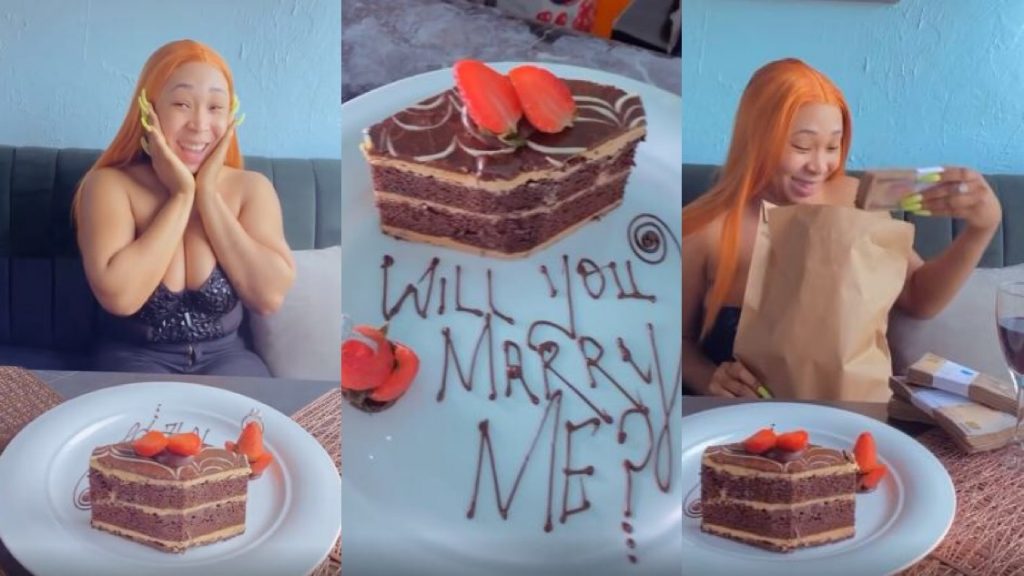 According to the skincare specialist who shared this memorable moment captured in a video on Instagram, her man ‘conspired’ with waiters at the restaurant they went to have lunch to pull the magic words ‘Will you marry me?’ on her.

The lady had no idea her man had attached strings to the proposal as he put an amount of ₦2.5 million in an envelope which he gave to the waiters to be handed over to her shortly after she agreed to spend the rest of her life with him.