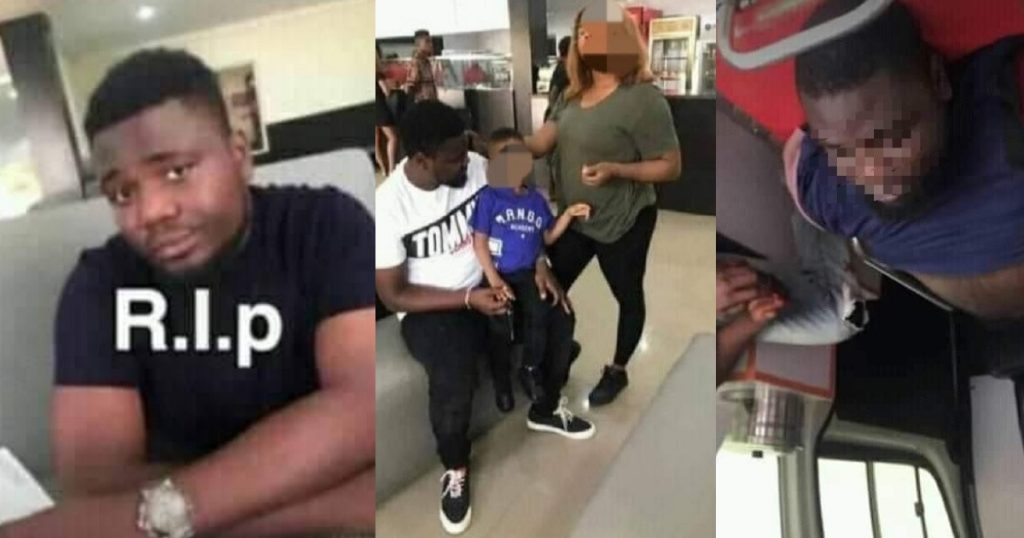 A young Nigerian man reportedly slumped and died after DNA test allegedly revealed he’s not the biological father of his son. 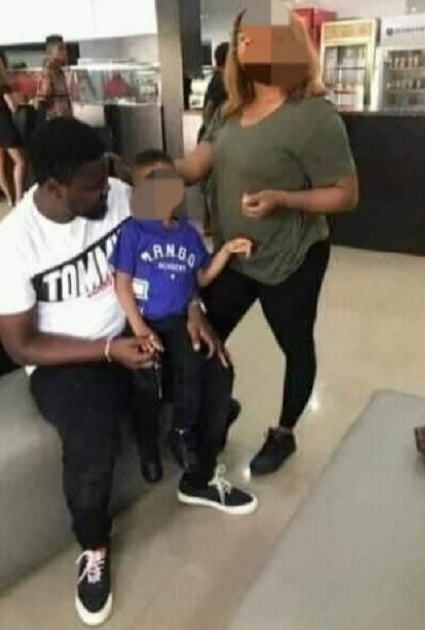 According to a friend of the deceased who shared the heartbreaking story on Facebook, the man who was based abroad discovered his wife was cheating on him with a younger lover after he stumbled on a Snapchat video. 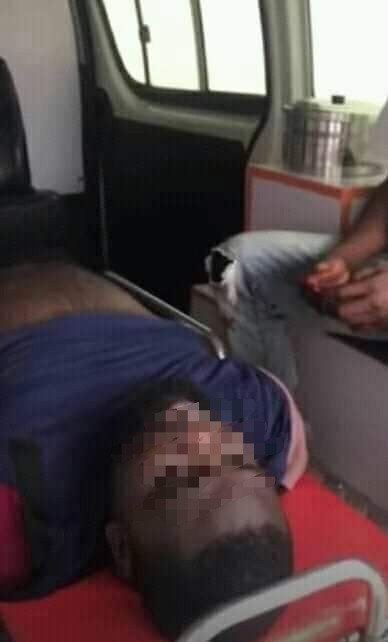 Following the discovery he rushed to Nigeria and requested that a DNA test be carried on his supposed son. However test result revealed he’s not the biological father of the little boy who he thought was his son all along.

Shattered by the DNA test result the man reportedly slumped and died. 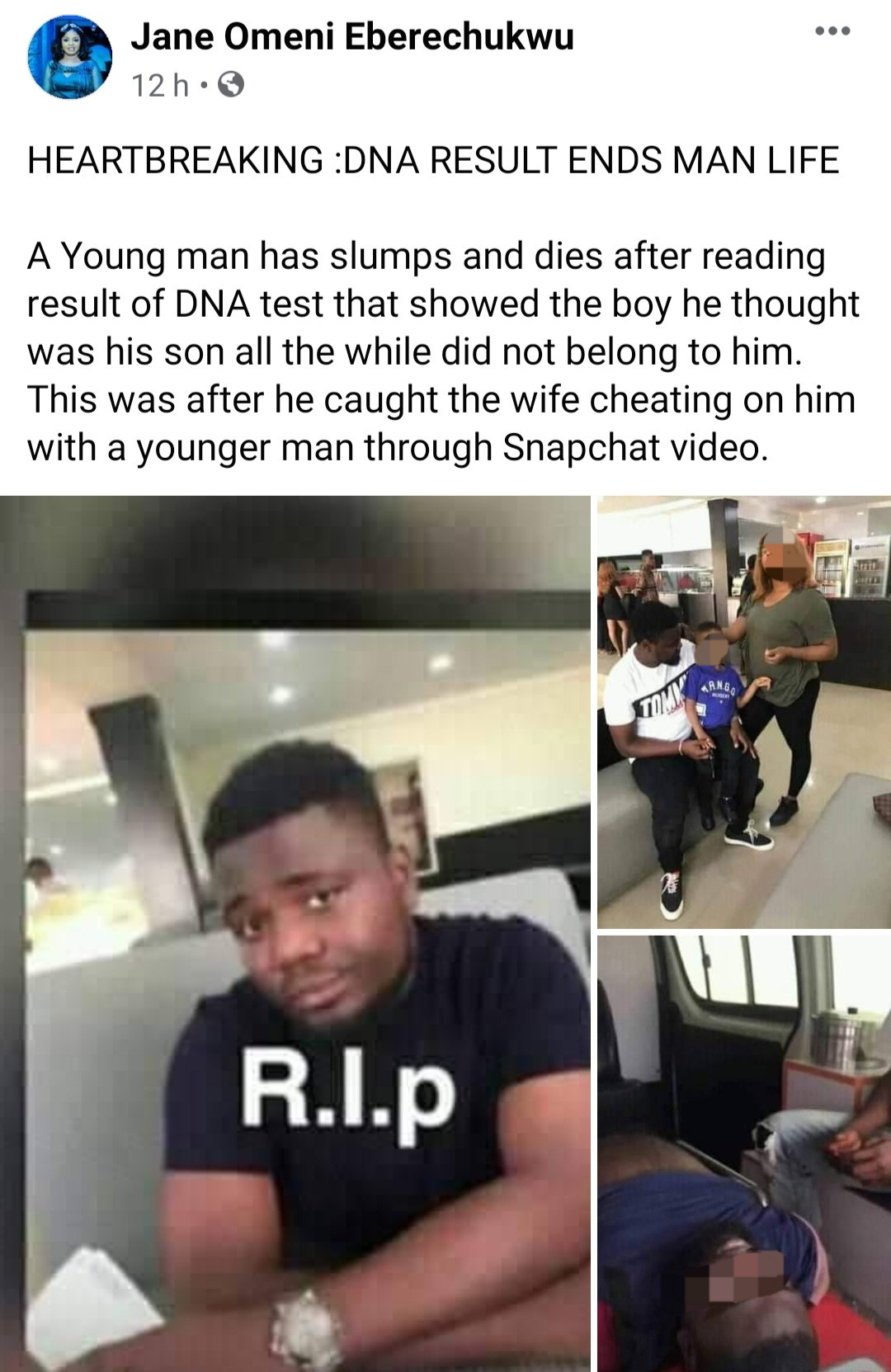 Watch a video below; 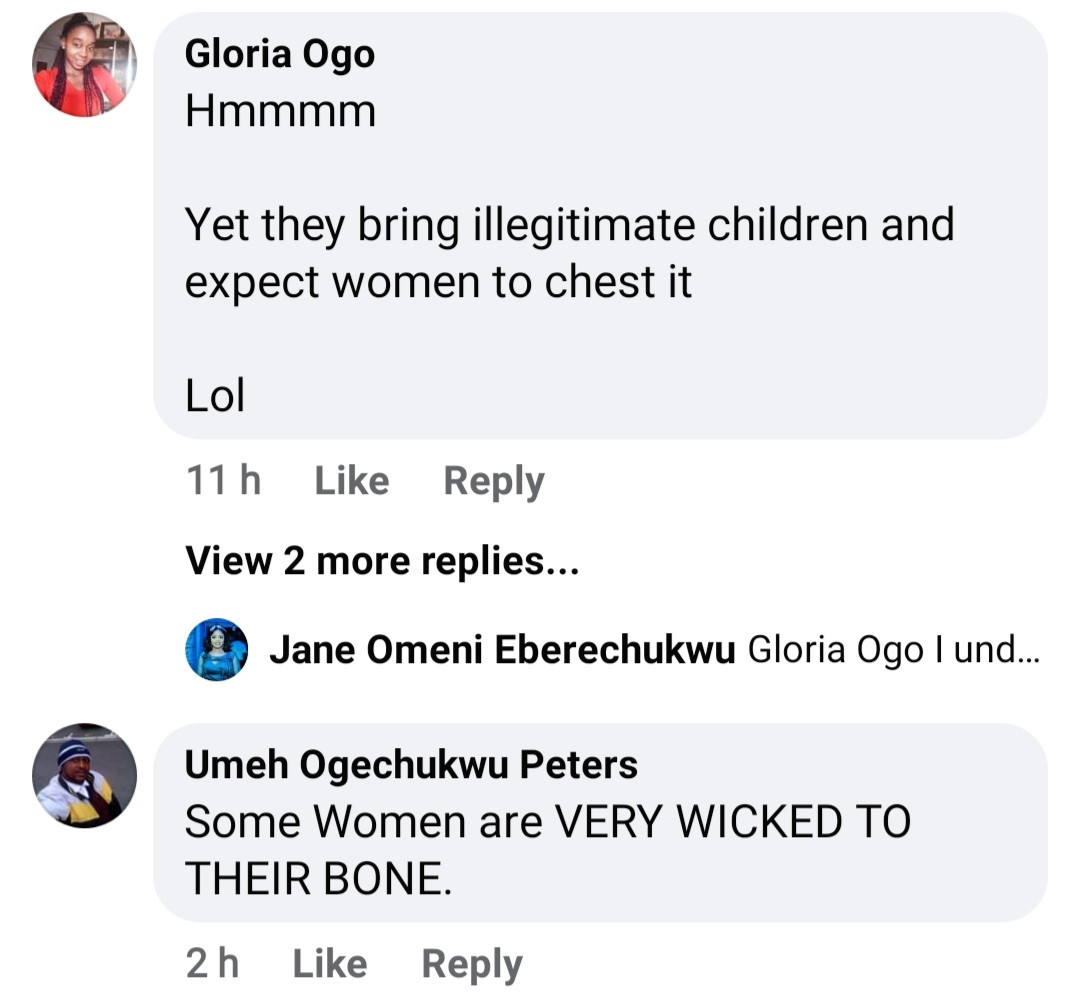 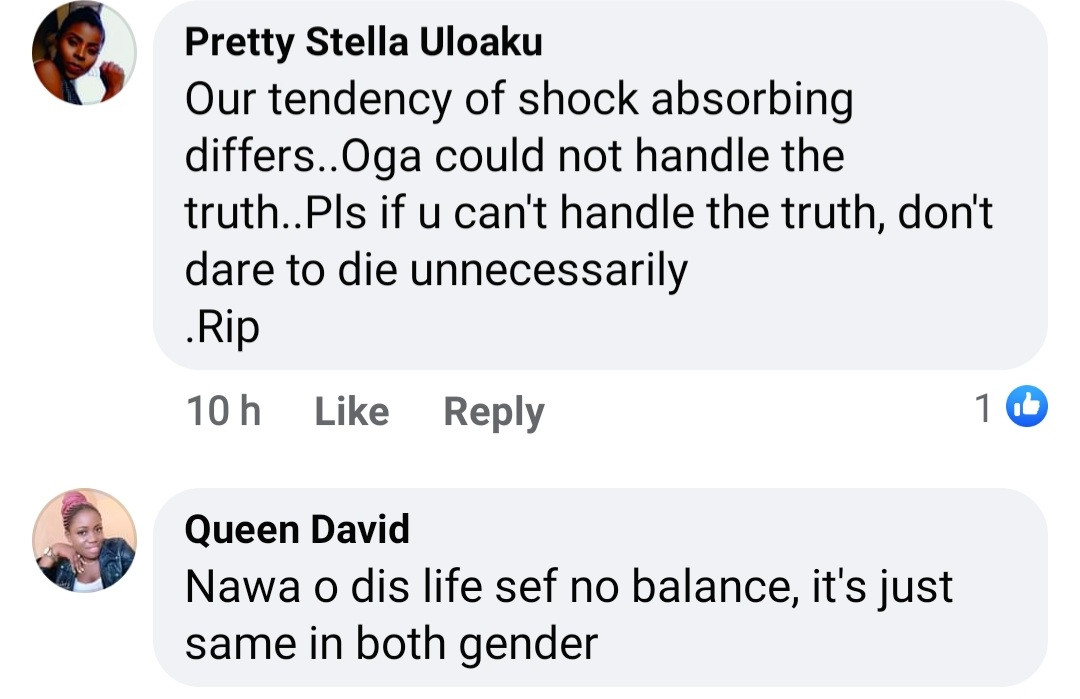 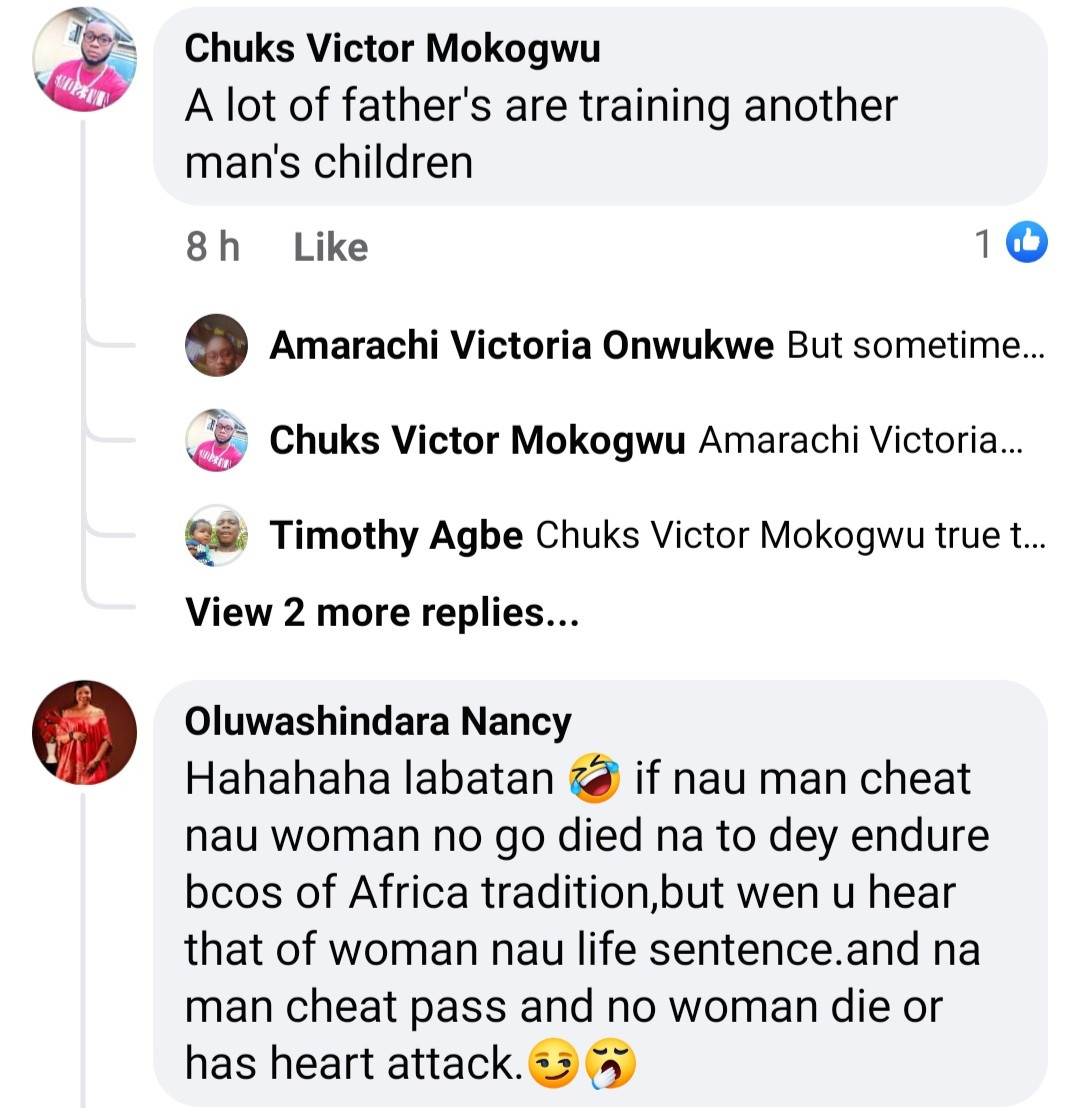 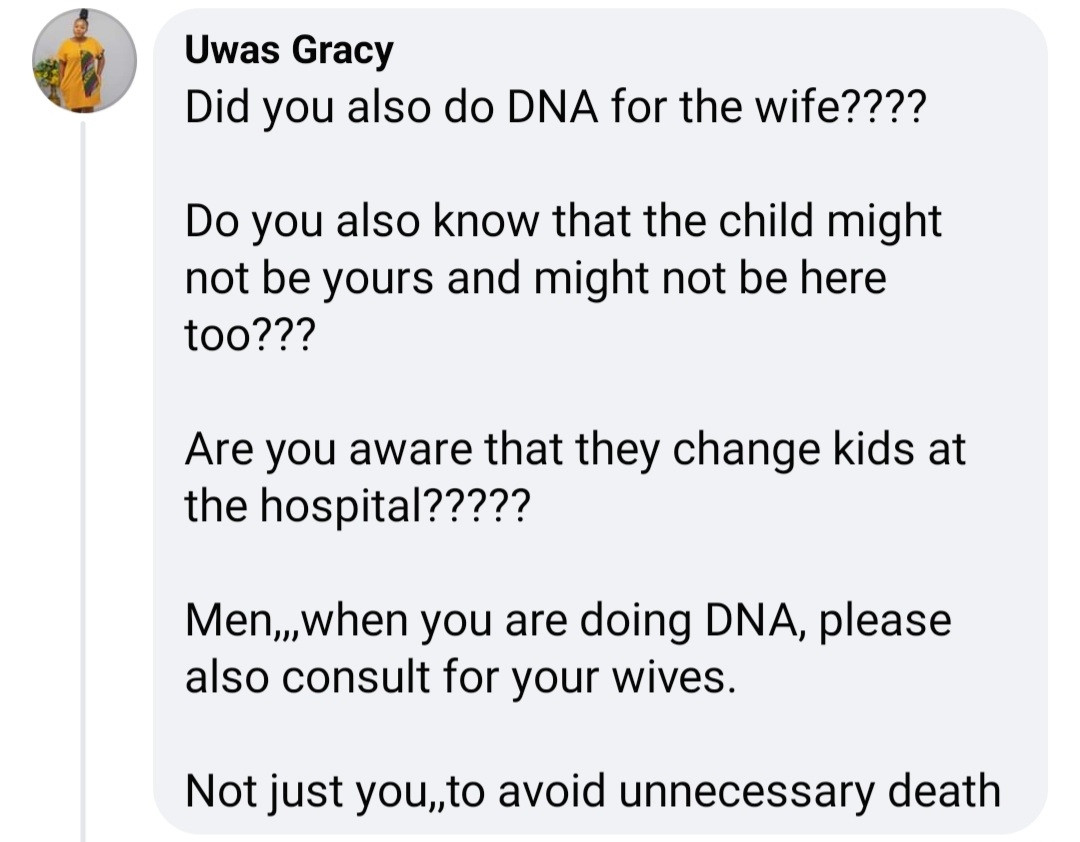 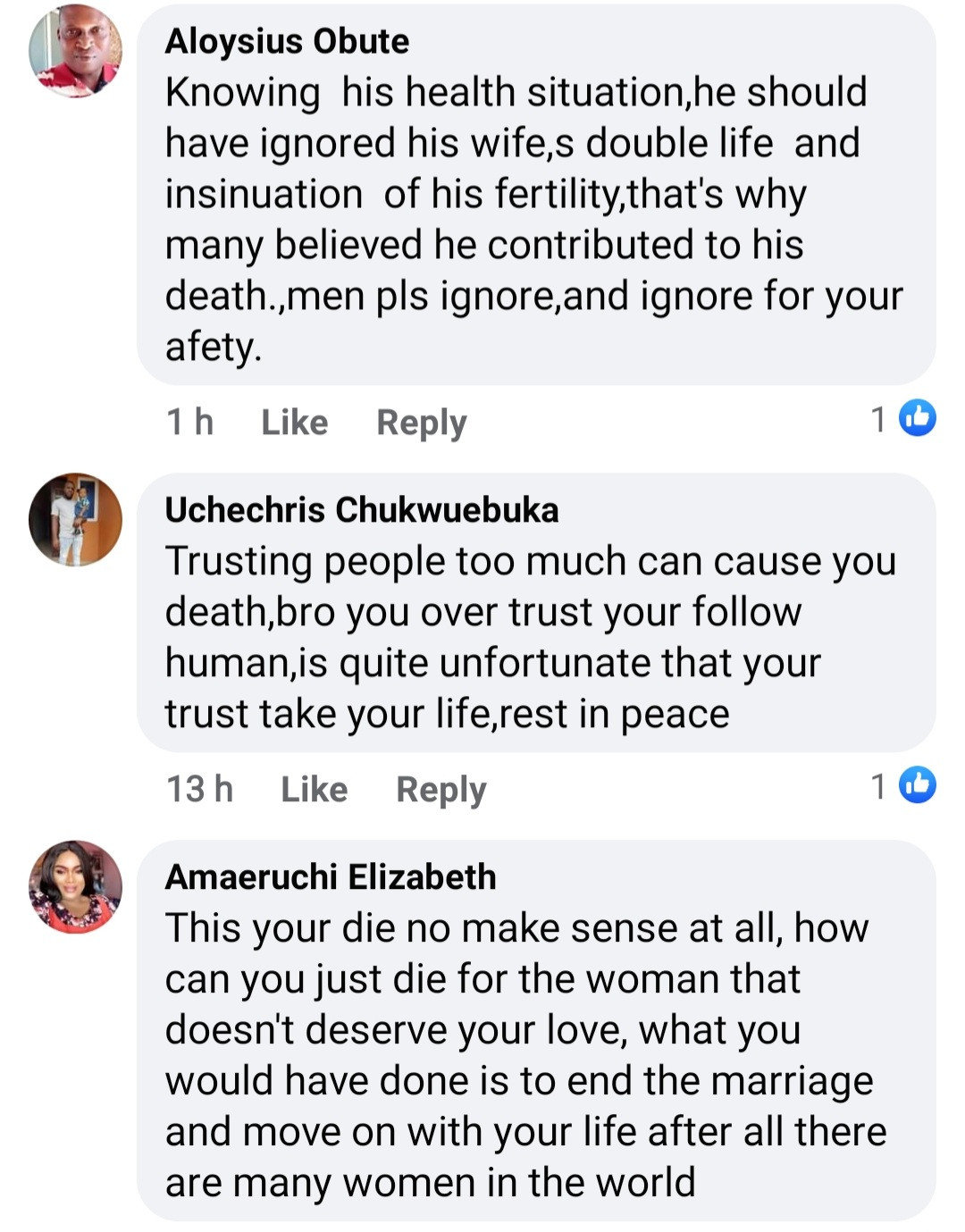 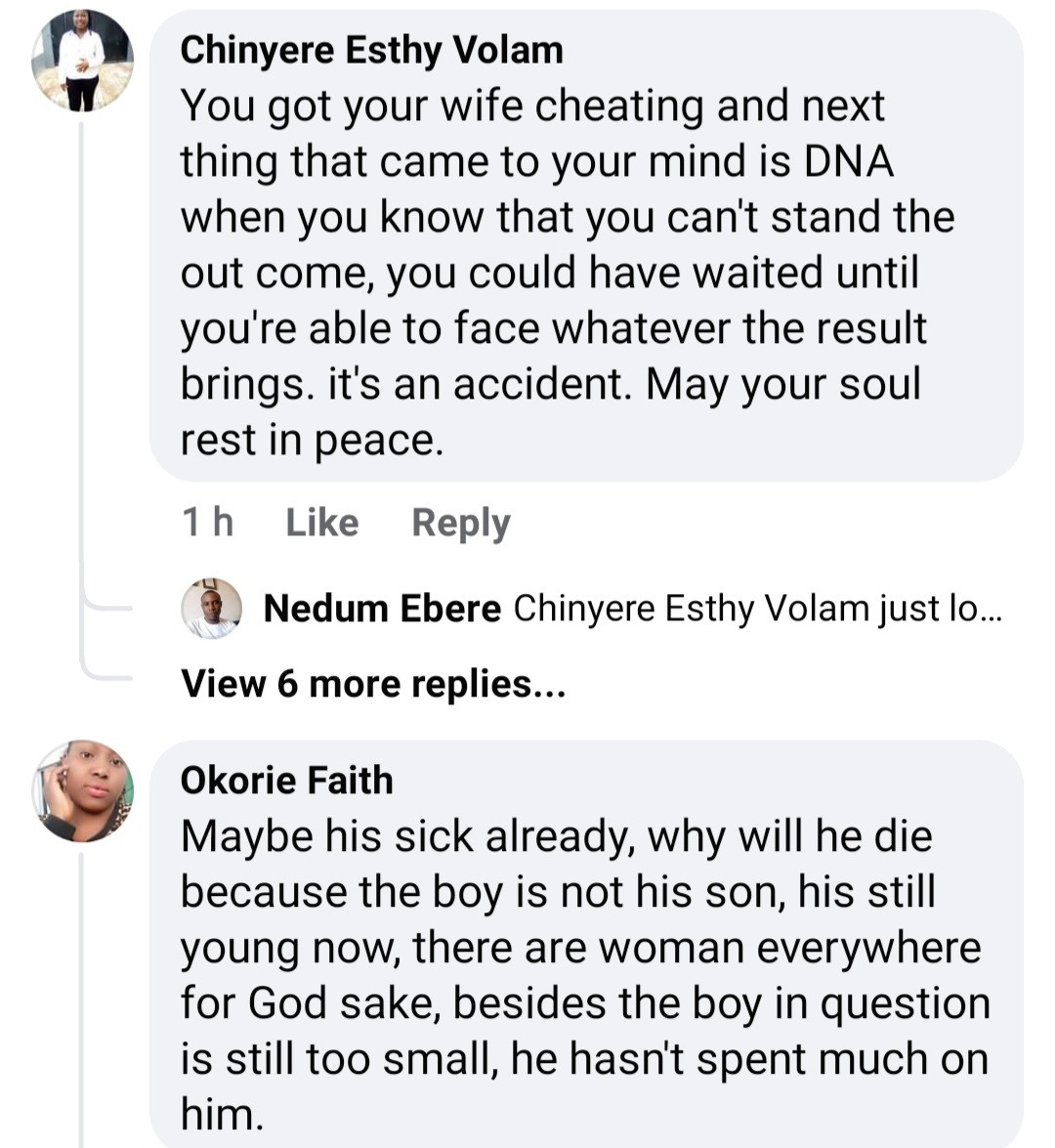