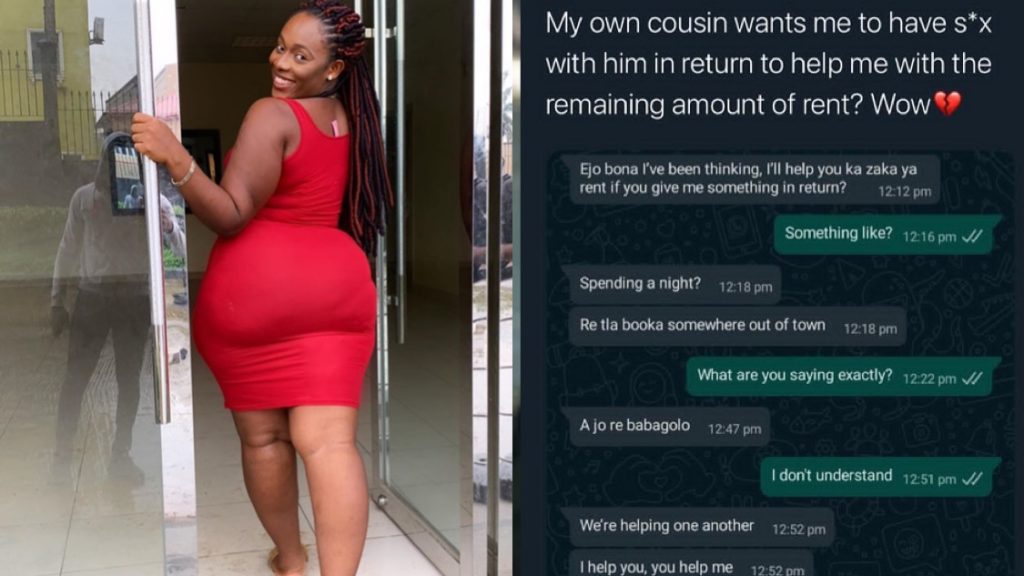 A young lady has taken to social media to narrate how her cousin insisted on having sex with her before he can render any help to her.

According to the South African lady identified as @Neilwejoy on Twitter, she needed money to complete her rent and asked her cousin for help, but shockingly he asked to have sex with her before he can help her.

She claimed he wanted to sleep with her before giving her the remaining part of her rent. Neilwejoy also shared screenshot of a chat between her and the cousin and captioned it,

“My own cousin wants me to have s*x with him in return to help me with the remaining amount of rent? Wow”.

Updating her followers on the incident, the lady revealed her cousin’s mother called her and told her not to tell her father or anyone else. She added that her aunt said “she will sort it out”.

“My aunt called (his mom) saying i shouldn’t tell my dad or anyone else, of which i already did, saying she’ll sort it out (meaning she’ll sort out her son) i don’t know what must happen now, i don’t even know what she meant”.

See her posts below, 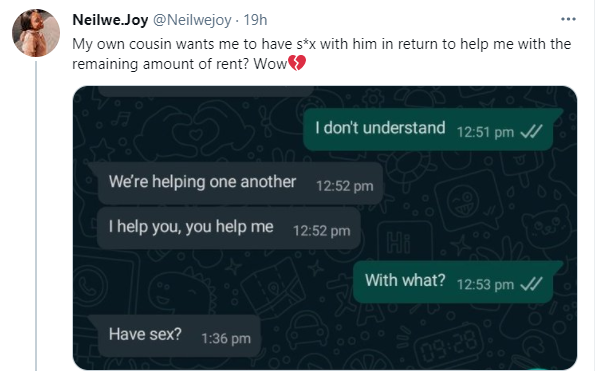 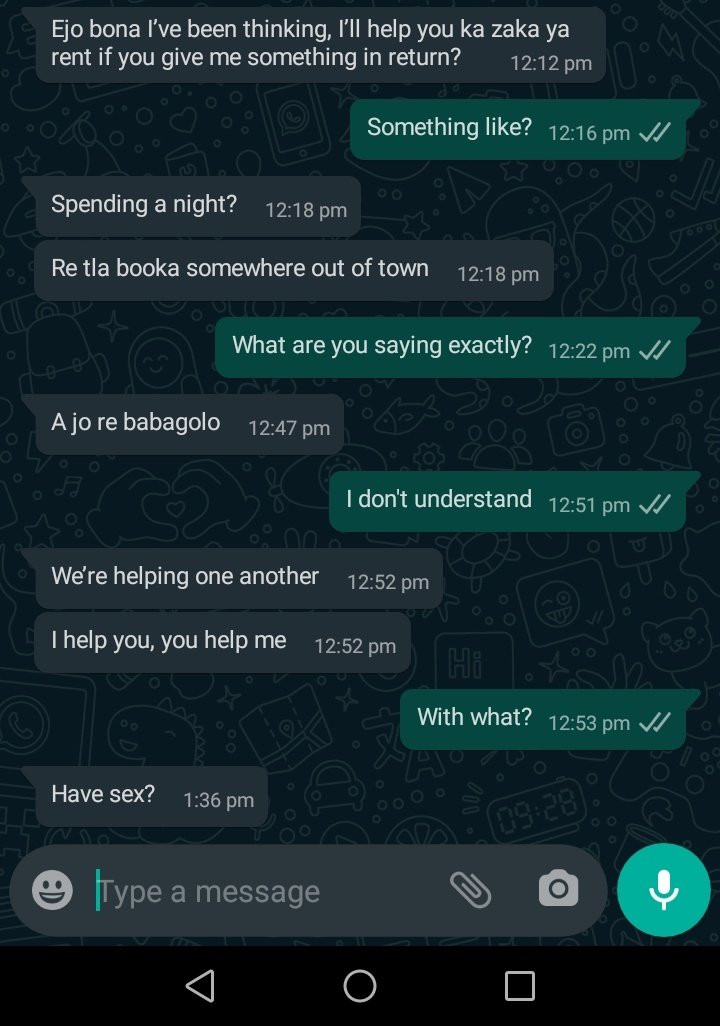 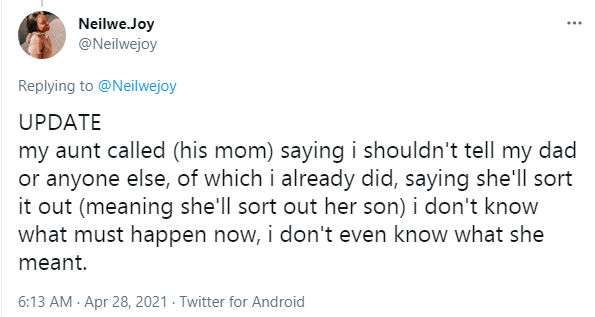