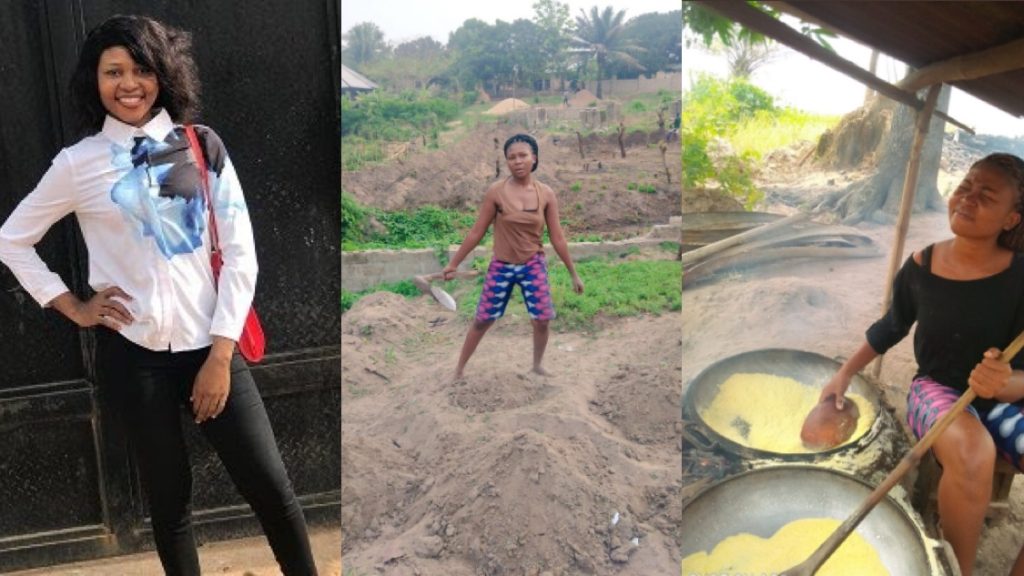 According to the young lady identified as Edu on Twitter, she’s a farmer who sells her farm produce and fries garri to make money.

Edu took to the platform to share photos of herself in her farm, and another photo of herself elegantly dressed.

“making money” and “spending money”, she captioned the photos.

Her tweet stirred positive reactions from netizens as many praised her for her hard work and for being proud of her “hustle”. Her post garnered over 33,600 likes and more than 4.4 Twitter users retweeted her post.

See her photos below, 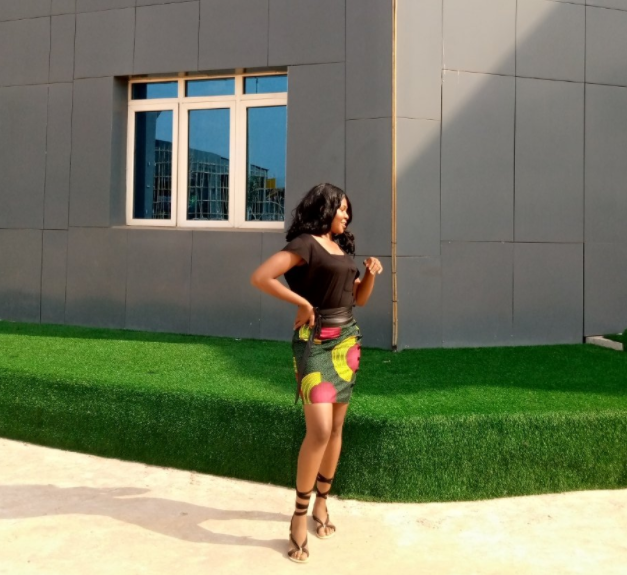 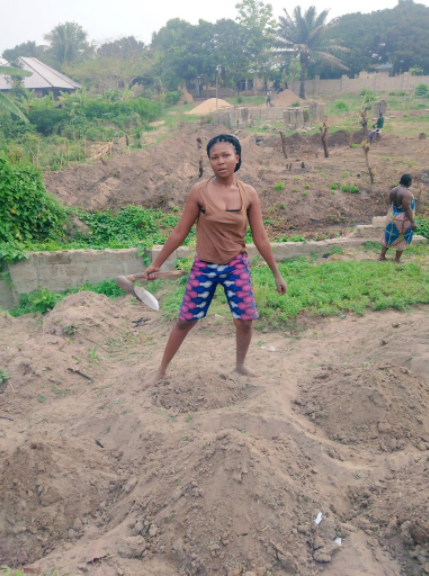 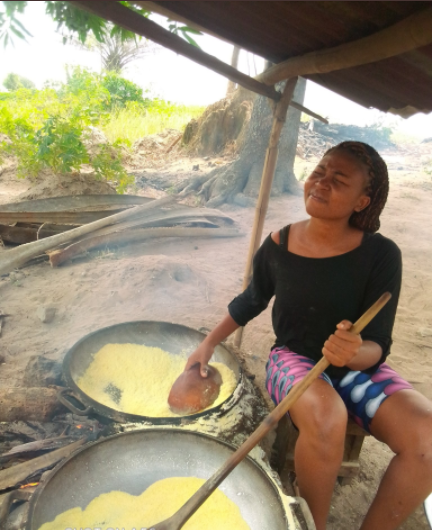 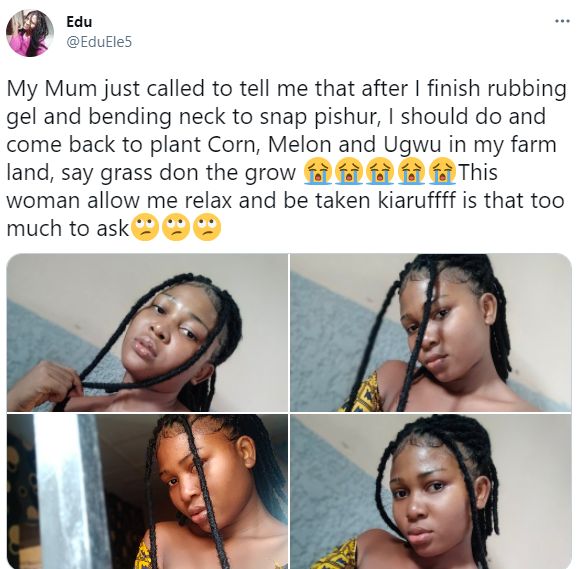 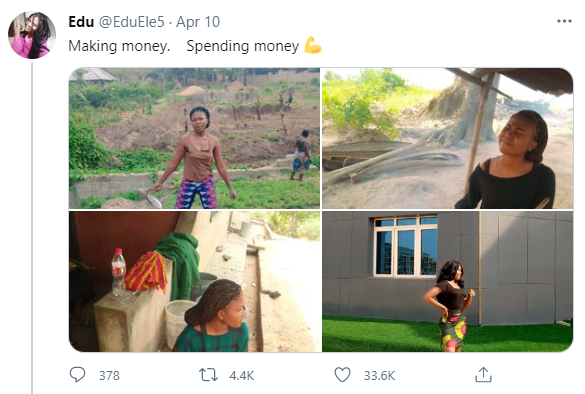