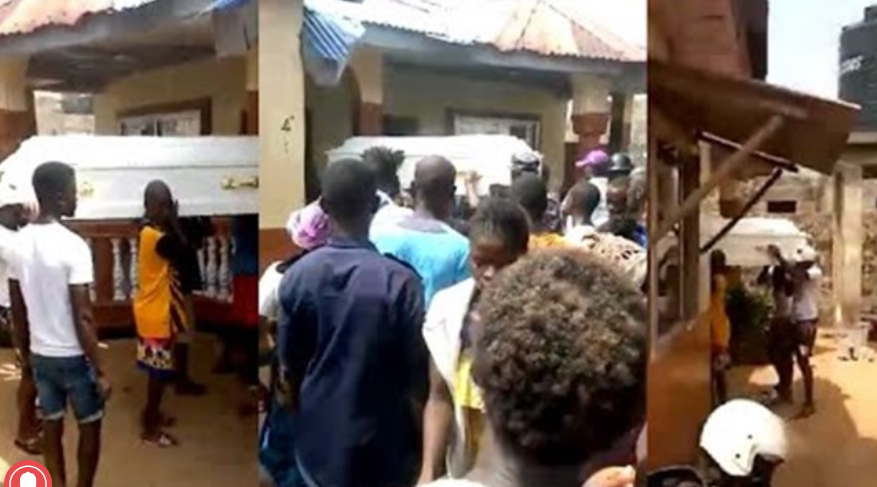 A video that’s begun serving rounds on the internet shows the mysterious moment a coffin was being carried to a house with the pallbearers claiming the corpse in it has refused to be buried and instead, was leading to the house of the person who allegedly killed her.

In the video which was shared by Sierraloaded, a group of men can be seen carrying the coffin while purportedly being led to the entrance of a house by a strange force.

According to witnesses, the deceased is a victim of ritual murder in Kent Village and the house it was entering was alleged to be that of the ritualist that murdered her.