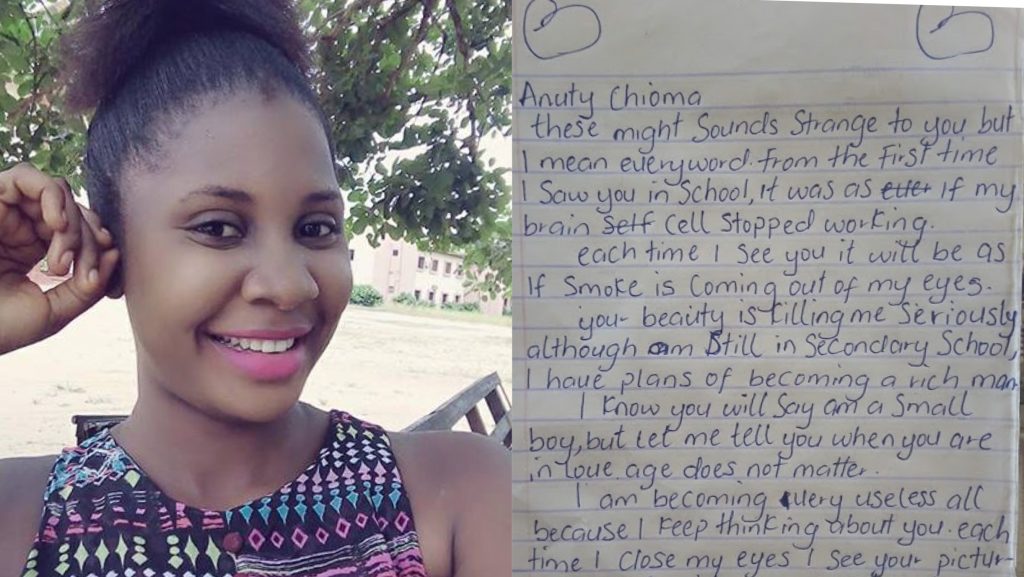 A Facebook user, Chioma Jane, who teaches at a secondary school in Nigeria has taken to Facebook to share a ‘love letter’ she received from one of her male students.

“Umunnem just negodi what I saw on my table yesterday.. Umuazi kita don’t have respect bikonu.. My teaching practice story    ”

Read the letter below;

These might sounds strange to you but I mean every word from the first time I saw you in school, it was if my brain cell stopped working.

Each time I see you it will be as if smoke is coming out of my eyes. Your beauty is killing me seriously, although am still in secondary school, I have plans on becoming a rich man. 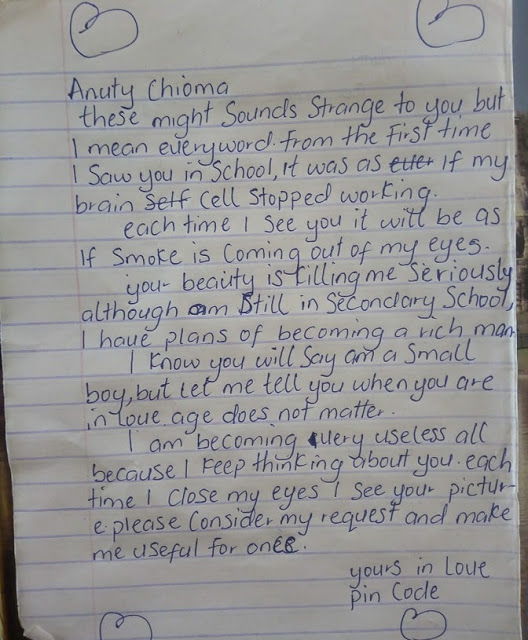 According to Ms Jane, she saw the letter on her table in the morning where the student had left it for her.