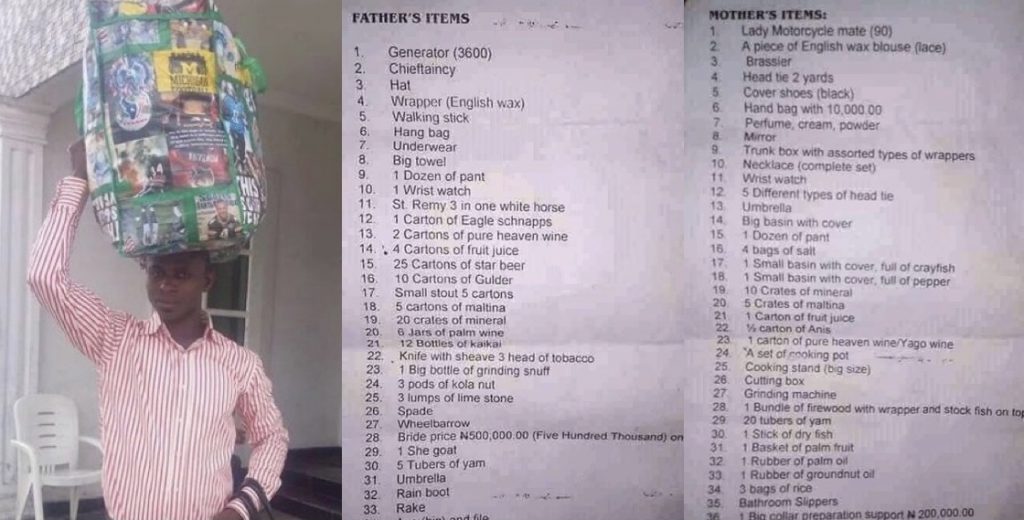 It’s funny and unbelievable that in some states, family martial list can make their children to remain unmarried, A Nigerian man who was getting set to marry his Akwa Ibom girlfriend has reportedly abandoned the wedding plans prematurely, owing to the outrageous engagement list given to him by his girl’s family.

On the list were a variety of consumables and non consumables expected to be provided by the groom before their engagement which is meant to hold in the lady’s hometown in Akwa Ibom state.

A Twitter user whose handle was TheLadyChef shared the story alongside photos of the marriage list. He wrote that the supposed suitor in question allegedly fled at the sight of the list.

“Someone went to marry In Akwa ibom, this is the list he was given. He ran away !”