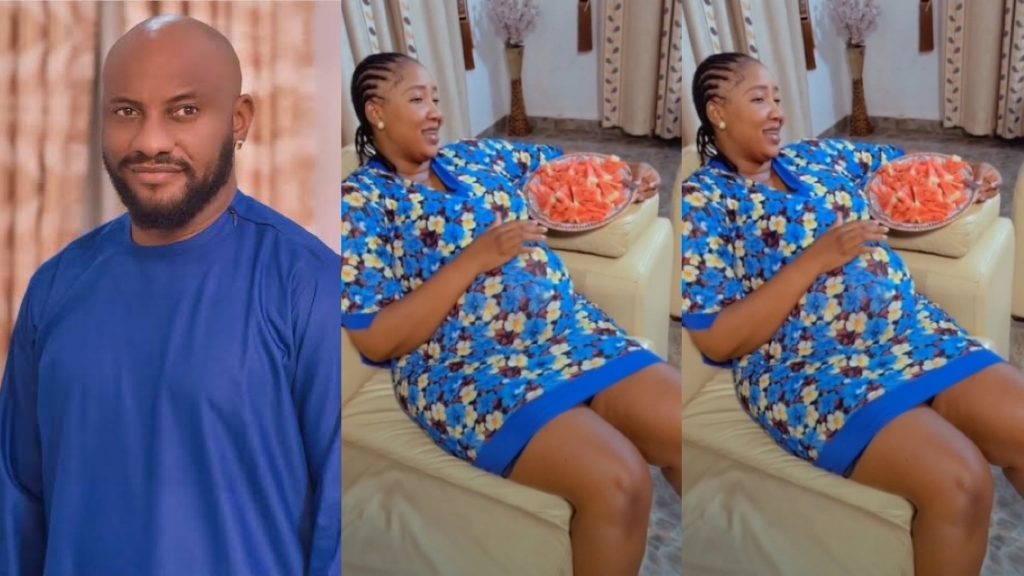 Nollywood actress, Judy Austin has reacted after a follower stated that he/she initially thought she is expecting another child because of a video she recently put out.

The 2nd wife of the popular actor Yul Edochie had taken to her Instagram page where she shared a video of herself on a movie set.

Judy Austin who was seemingly playing the role of a pregnant woman in the movie had something that appeared like a calabash attached to her belly to make it look like she’s actually pregnant.

Captioning the video, she wrote:

“Day 1 on the production of a long walk. The best comic story for Xmas period!!!” 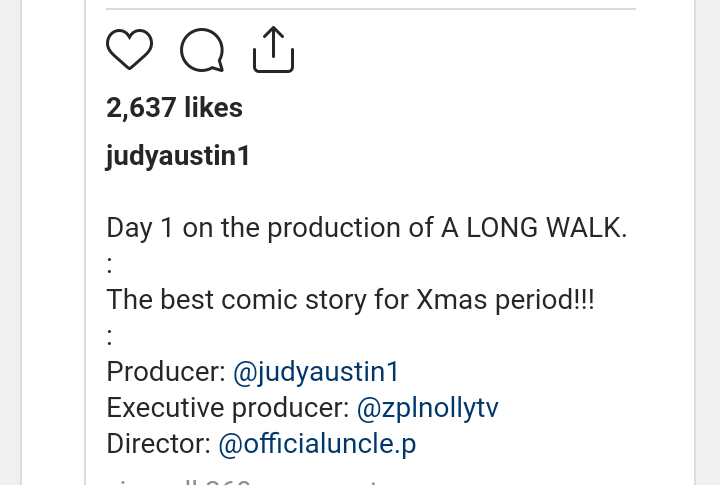 Reacting, an IG user identified as @vey.mall who didn’t notice at first sight that Judy Austin was on set wrote:

“Hemm, I couldn’t tell it was a calabage on your stomach, I though it was pregnancy. Cinematography is really fooling novices like us.”

Judy who stumbled upon the comment replied accordingly, she wrote:

See the screenshot below: 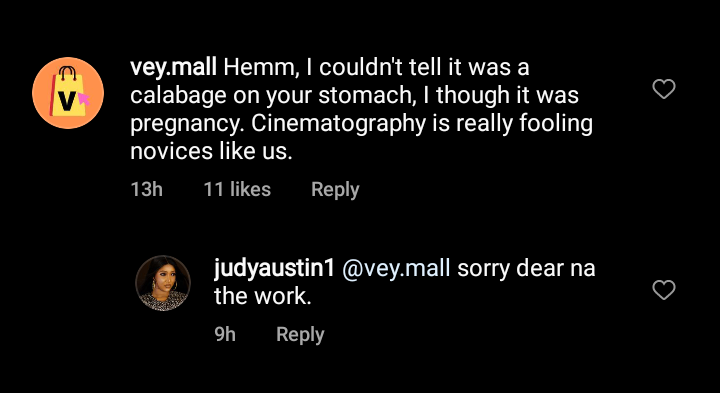