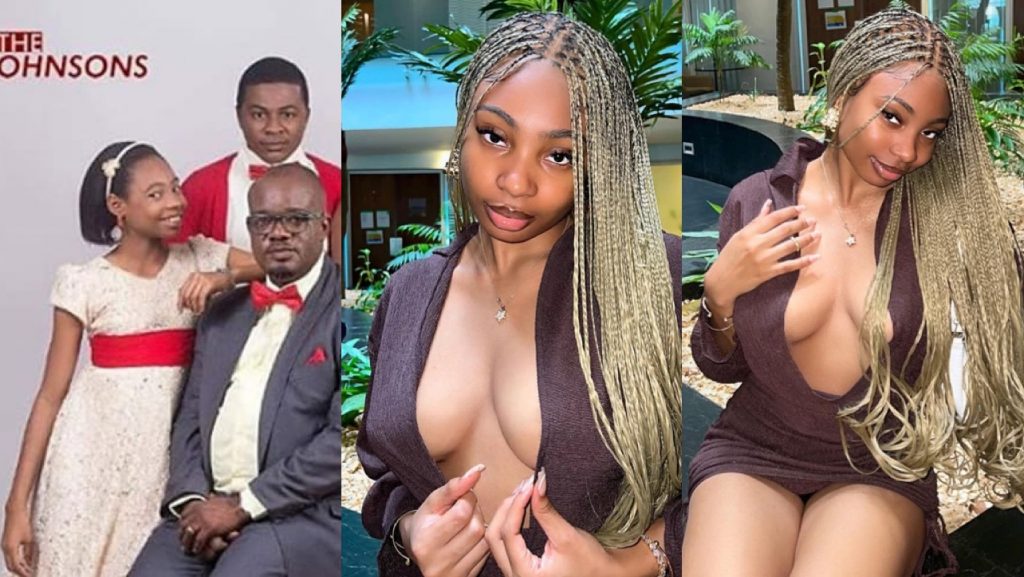 Africa Magic’s family sitcom, ‘The Johnsons’ is a long running program that has aired on Africa Magic since 2012. The story revolves around the middle class family of The Johnsons as they strive to survive in Lagos and slowly become successful. It further emphasized a strong sarcasm which make the family unique and full of drama. It stars heavy weight actors Charles Inojie as Mr Lucky Johnson, Ada Ameh as Mrs Emu Johnson, Chinedu Ikedezie as Efetobore Johnson, and also a staple of the show, Susan Pwajok who plays the very popular character of Blessing. 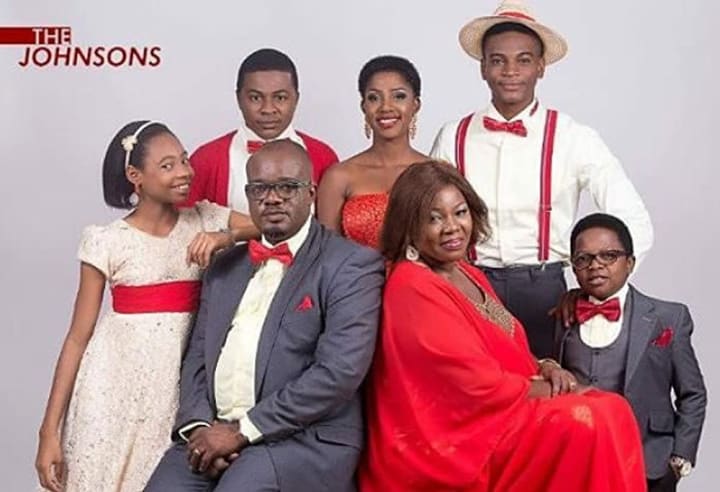 Now, after a whole lot of years being on the show and playing this one character of Blessing, actor Susan Pwajok is now coming out to publicly explain why she left the show. There have been many speculations, rumors, and musings as to why she left.

**Before reading on, please make sure to like and follow my Facebook page (Jide Okonjo) so you don’t miss out on any new and interesting lists, articles, and stories that I post every single day. I have a really fun page. If you like my page, you will have fun too. So what’s stopping you? Like my page and let’s have fun together!

So, after years of people knowing her as Blessing, the little girl from The Johnsons, it came as a shock to a lot of people when they started seeing Susan growing up in front of their eyes. Susan is no longer the young girl she was when she started acting on The Johnsons. She has grown and gone through puberty so not only has her body changed, her fashion sense and personality have also changed and evolved over time.

People after seeing new pictures of her speculated that she ‘became wayward’, and ‘snubby’ which is why she left the show. Some other people have speculated that because of the way she looks now, her aesthetic no longer worked with the show.

One Instagram user after hearing and reading all these speculations took to Susan’s Instagram story to ask directly during a Q & A session writing:

Responding to the user’s questions, Susan responded to the fan saying:

you quws (your question) was making sense till you decided to spoil it. However, i’m not on the johnsons rn (right now) for personal reasons and i’ll appreciate it if you stop assuming different things, dw (don’t worry) i’ll be back on your screens in a bit 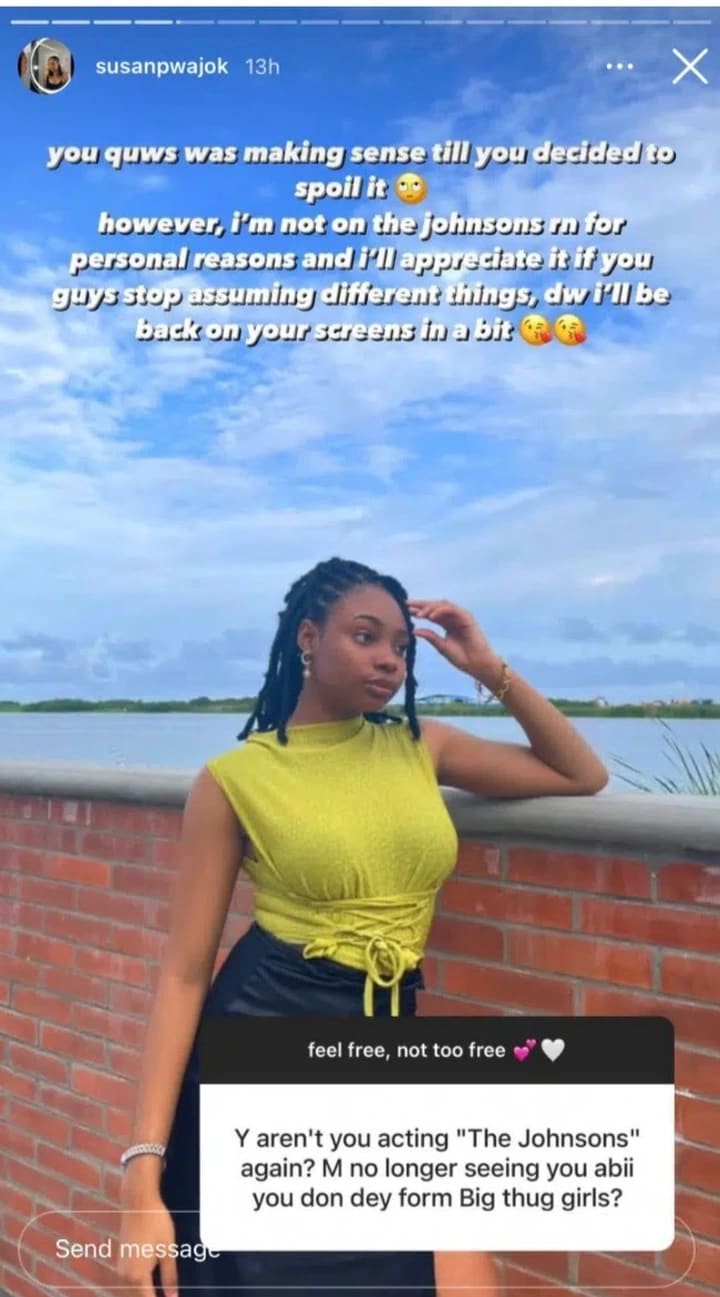