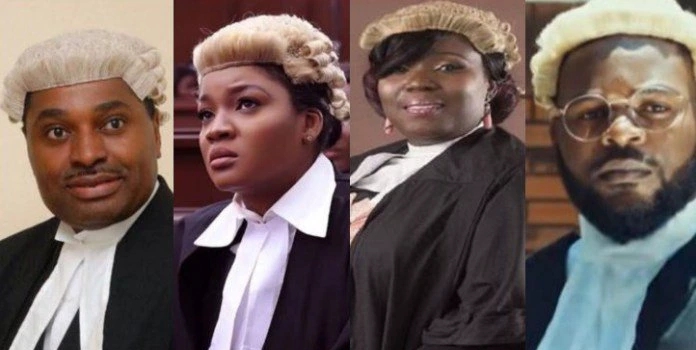 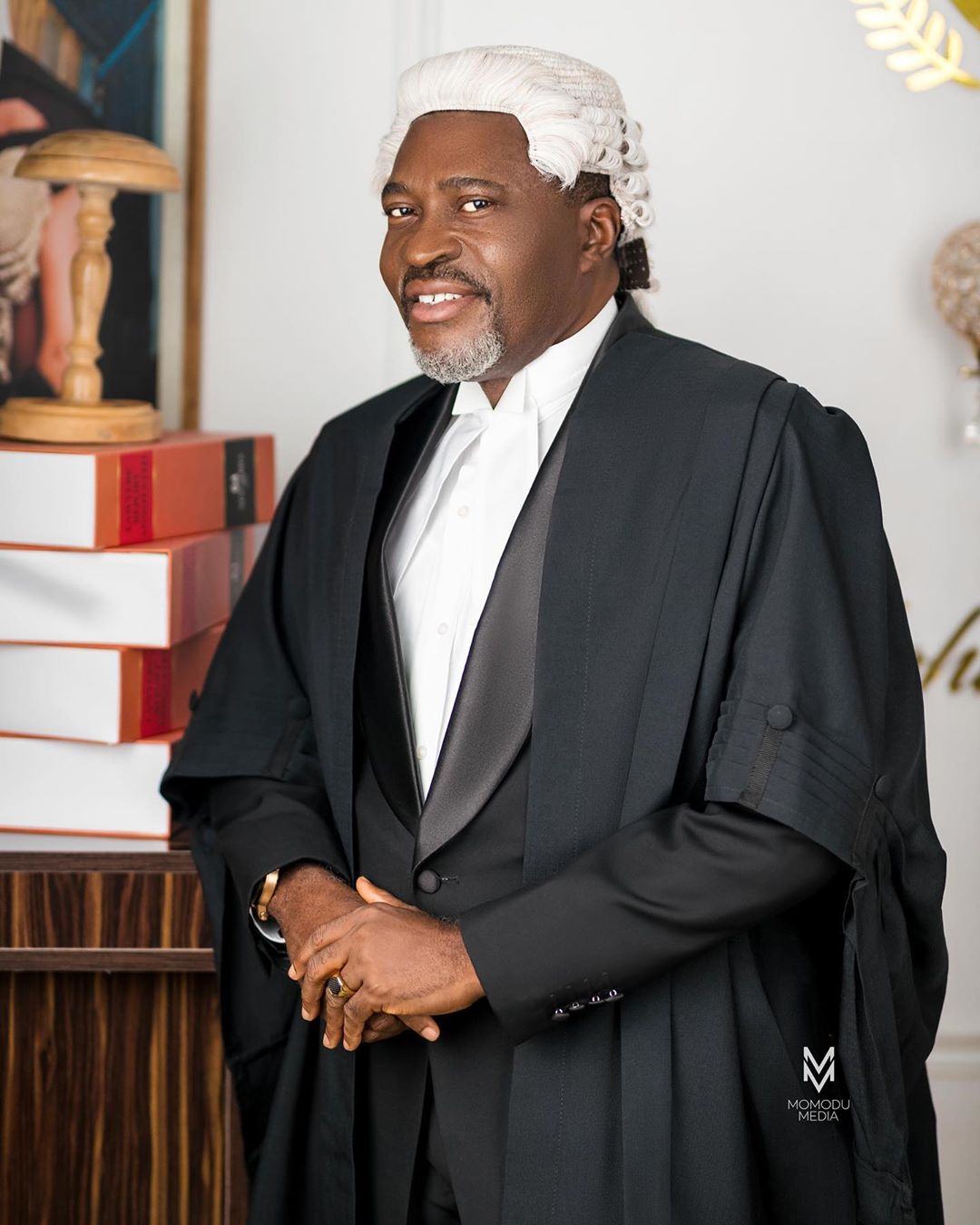 On September 15, 2020 Kanayo O. Kanayo surprised fans with the very exciting news that he had been called to the bar.

The 58 year old actor said he always wanted to go back to school and secure his law degree. Well, last year, the very beloved actor did it. In announcement dawning his wig and gown, Kanayo O. Kanayo wrote:

To God be all the Glory. You can now address me as Anayo Modestus Onyekwere, Esq, MFR ( Barrister And Solicitor of the Supreme Court of Nigeria)

Prolific Nollywood filmmaker Kemi Adetiba has a law degree from the University of Lagos, Akoka. She was called to bar after finishing her one year at Nigerian Law School.

Celebrity photographer Kelechi Amadi-Obi who is also the publisher of Mania Magazine is a graduated lawyer from the University of Nigeria, Nsukka. He was called to bar in 1993.

Funke Akindele-Bello went to Lagos University to study law but before she even graduated, the world of entertainment already started calling her. After her graduation, Funke didn’t even attempt to go to law school because she knew what she wanted to do after her graduation and it was not to practice law.

Powerhouse singer Omawumi is a graduate of Ambrose Ali University, Ekpoma, Edo State where she studied law. After her time in school, she worked briefly at her brother’s firm OS Megbele and Associates before eventually going on to compete in Idols West Africa where she got her big break and entered into music full time.

Nigerian actor Femi Adebayo studied law at Ilorin University, Kwara before receiving a masters degree in performing arts. After his graduation, Femi actually practiced the law for a few years specializing in real estate law. Eventually, he got his big break in the Yoruba movie business and has been doing that ever since.

Nigerian rapper Sasha P is a graduate of law from the University of Lagos. After acquiring her degree, the prolific rapper went into music and fashion.

Event planner Funke Bucknor actually studied law in the University of Lagos but she knew even then that was not where her heart was. After graduating and briefly working with St. Matthew Daniel and Balogun law firm, she went ahead to start her event planning company Zapphaire.

Fashion designer and daughter of Nigerian billionaire, Chief Akindele, Folake Akindele-Coker got her degree in law and a Master’s degree in petroleum law.

She eventually left the law to focus on her love for fashion creating the Tiffany Amber Luxury Line in 1998.

Omotunde Adebowale Davies popular known as Lolo or Lolo 1 is an OAP and actress. Before all of that though, Lolo went to school in Lagos State University, Ojo, where she studied law. She eventually practiced law for three years before leaving that career path to focus on radio and entertainment.

Veteran actor, Richard Mofe-Damijo aka RMD got his first degree in theatre arts from the University of Benin. After that though, the actor returned to the University of Lagos in 1997 to obtain a law degree – something he had always wanted to do to fulfill his mother’s dream of him becoming a lawyer.

Bose Osayemi popularly known to many as Lepacious Bose is another celebrity who also studied the law. On her birthday, she posted pictures dawning her wig and gown honoring the hardwork and time she put into obtaining that law degree.

Boss of the House of Tara, Tara Durotoye started her makeup business while studying law at the Lagos State University. Although she never went on to actually practice the law, she says that her knowledge of the law has helped her in managing her makeup and business affairs.

Nigerian rapper Falz has a very popular father Femi Falana who is one of Nigeria’s most respected lawyers. So when Falz went to the University of Reading, United Kingdom to study law, everybody thought that he would practice. However, music and acting eventually called out to him and now Falz is a very successful artiste.

TV personality, Ebuka Obi-Uchendu graduated from Abuja University with a law degree before going into the Big Brother house and doing other things with his life. Last year though, Ebuka returned to the court – well, televised court, where he alongside Justice Olusola Williams deliberate about cases on Judging Matters.