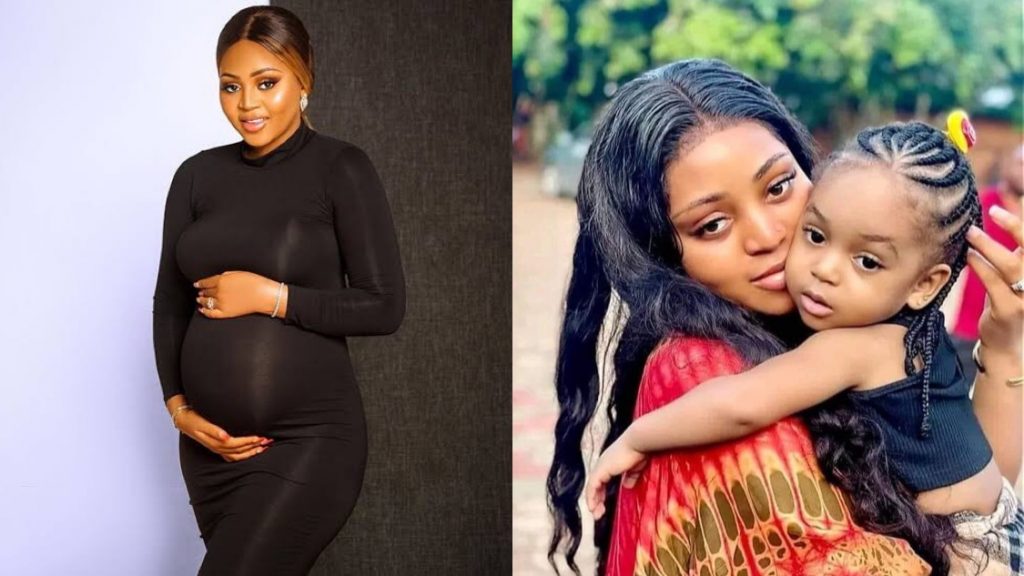 Billionaire wife and mother of two, Regina Daniels has revealed on her social media page the reason she doesn’t want a daughter yet.

Regina Daniels who became a mother for the first time last 2 years, has indicated that she doesn’t want her daughter to inherit her attitude. She made the comment over a post she shared on her Instagram Story.

If my daughter gets my attitude, I’m finished.

She went on to add ;

That’s why I don’t want one…till I’m ready to retire.

Meanwhile, Regina Daniels and her husband, Prince Ned Nwoko recently checked out together in Abuja and they were ambushed by newspaper vendors who were greeting them.

The popular actress shared the video on her Snapchat page where she and her husband were coming out of a location together and riding in their exotic vehicle where they were crowded by a number of Newspaper vendors who sang their praises so that they could receive some blessings from them.

Her husband was later seen waving at his escort to give something to the men, who after seeing his gesture waved even louder and thanked him – this prompted the actress to say that even when they merely step out, money has to be involved. She wrote: Stepping out alone is money as a caption for the video. (Watch here)