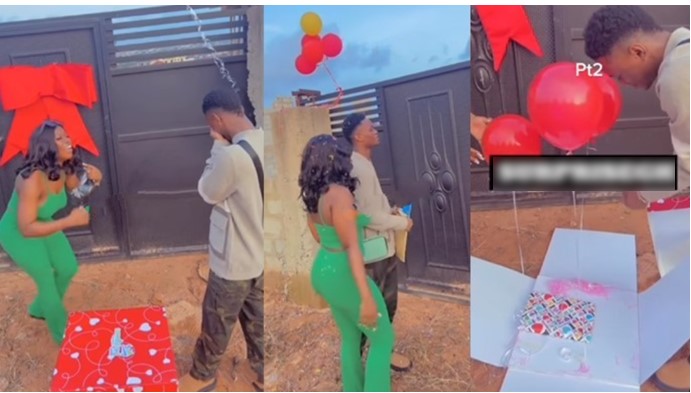 A Ghanaian lady is being hailed online over how she raised the bar for ladies seeking to celebrate their man on his birthday.

The young woman’s boyfriend recently turned a new age and she decided to gift him a plot of land. 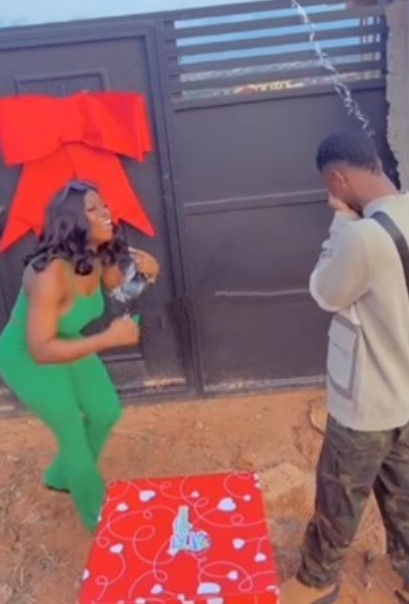 She took him to the location of the land and which already had a gate protecting it from intruders. A ribbon was placed on the gate and she asked him to open it to see his plot of land.

A video making the rounds online showed when they unveiled the land documents which had been wrapped in a gift box. 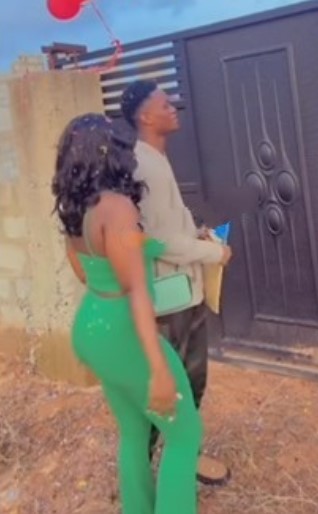 The boyfriend instantly became emotional upon realising the type of gift his babe surprised him with.

She handed him the documents and he hugged her while covering his face as he was unable to stop himself from crying.