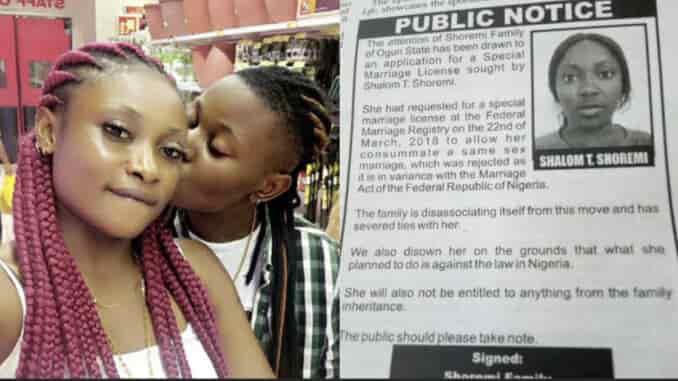 According to the family, the lady identified as Shalom T officiated a marriage at the registry with her lesbian partner and wants to involve the family who also rejected her after hearing the unpleasant marriage news.

Shalom T took to the Federal Marriage Registry to tie the knot with her lesbian partner which must also involve some family members.

After realizing this, her family took to the newspaper to show their concern about her relationship. They denied Shalom T as their daughter and has currently part ways with her.