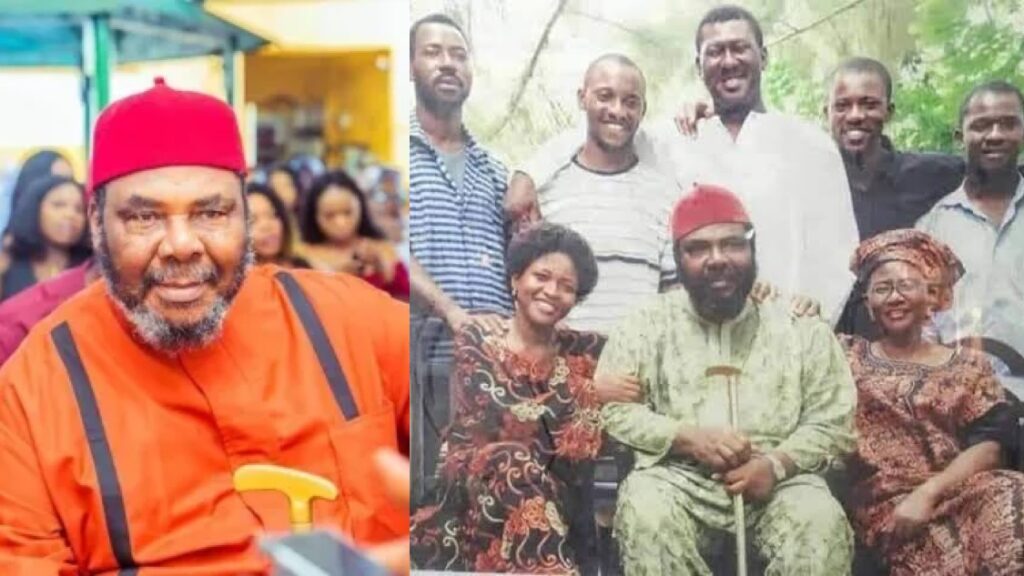 Adorable photos of children of veteran Nollywood actor, Pete Edochie have been making the rounds on social media.

Leo Edochie is Pete Edochie’s first child and first son. Unlike his father, Leo is not entertainment industry. He is an engineer who reportedly works in the oil and gas industry. Uche is the second child of Pete Edochie. Uche is a renowned painter and a close look at his Instagram page confirms this. Lincoln Edochie aka Linc Edochie is Pete’s third son. Linc is an actor, director, and scriptwriter who started professionally acting in 1995. Gene Edochie is the fourth son. He is not into the entertainment business because he loves living a quiet life. Pete Edochie’s only daughter does not like being in the public eyes at all. She can only be spotted in the family photo of Pete Edochie which shows all his six children. Yul Edochie is the most famous of the Edochie brothers. He is the last son and child of the family, who also followed his father’s footsteps in becoming a successful actor.