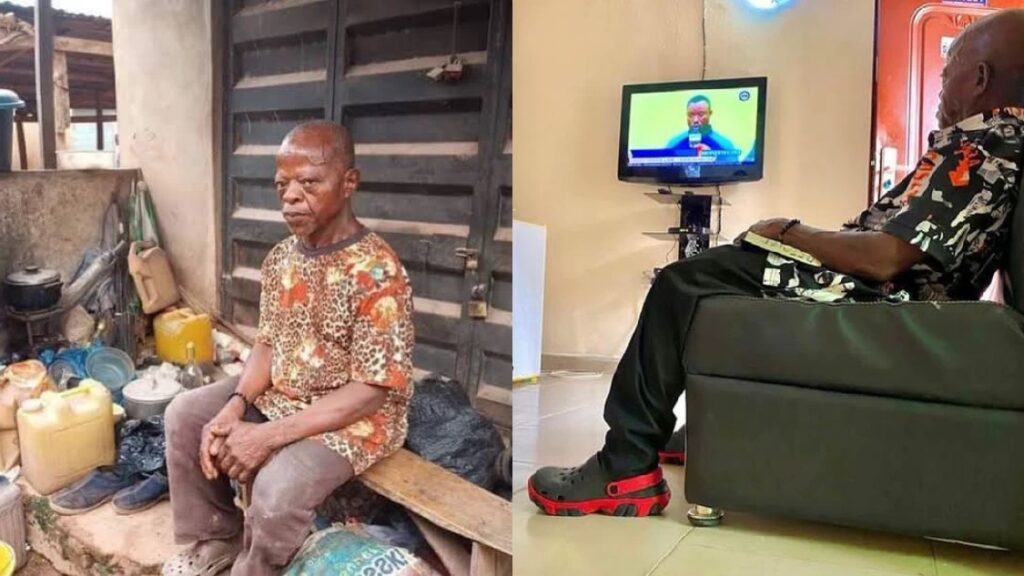 Few days back, a veteran Nollywood actor, Kenneth Aguba was said to be homeless. Photos of the homeless actor surfaced on the internet and made waves across social media owing to the fact that he is quite popular in the movie industry. This raised concern among social media users and celebrities.

Fortune came right in time as Apostle Gift Chibuzor Chinyere (the general overseer of Omega Power Ministries located in Portharcourt, Rivers State) offered to help the actor. He provided him with an accommodation in his free estate and prioritized his welfare.

A while ago, the general overseer took to his Instagram page to share two photos of the actor, that is before (when he was homeless) and after he has been offered accommodation

He shared the photos with the caption, ‘what God can not do, does not exist’. A photo of the actor when he was homeless