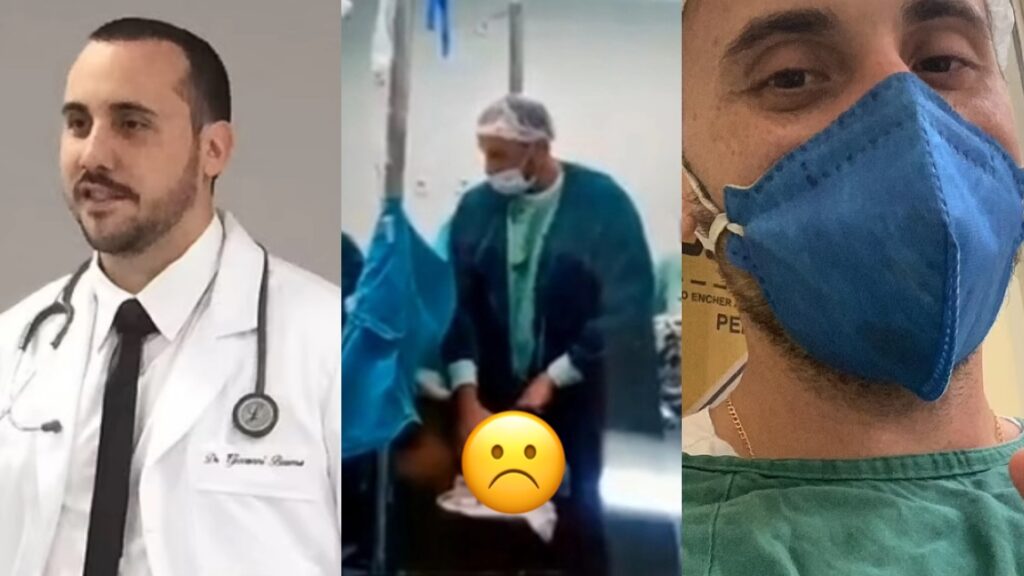 The video of a Brazilian anesthetist putting his penis in a pregnant woman’s mouth during her C-section has been released.

Dr Giovanni Quintella Bezerra, 32, was arrested on suspicion of rape after he was secretly filmed orally raping a woman after he heavily sedated her at the Hospital da Mulher in São João de Meriti, Rio de Janeiro

Hospital nurses, who noticed his patients are usually too weak to hold their babies after surgery, set up a hidden camera to find out why and the camera caught him in the act.

Staff members who recorded the rape said the doctor had already carried out two similar procedures that day, with police investigating whether those two women were also victims of attack.

The custody hearing of the doctor was held on Tuesday, July 12.

He is facing charges of rape with a prison sentence ranging from 8 to 15 years in Brazil.

Watch a video of the attack below.