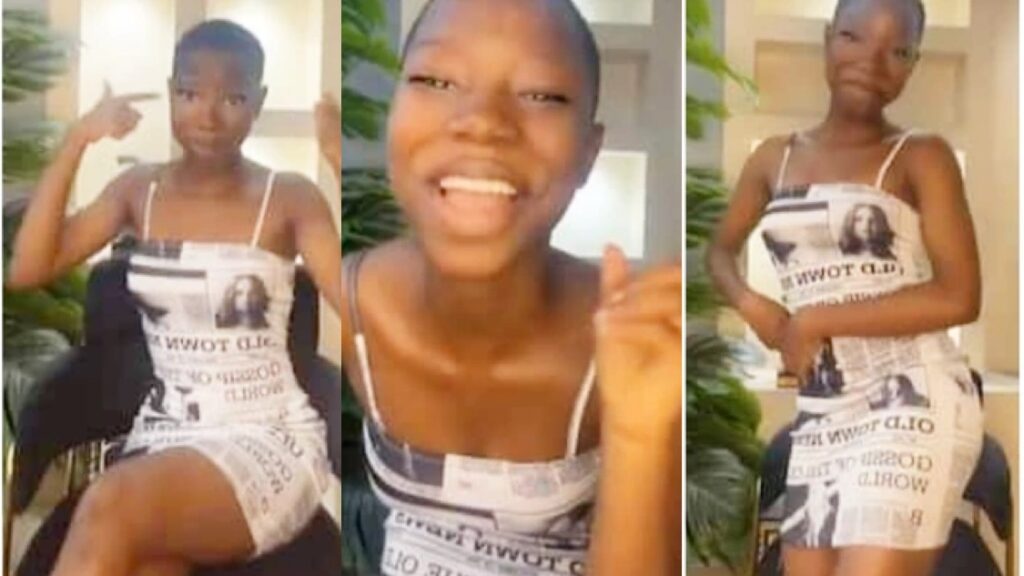 Nigerian comedienne and actress, Emmanuella Samuel have got Netizens reacting after she was seen dancing in a video.

In the video which was originally uploaded on TikTok, Emmanuella could be seen dancing to the viral Gentility song which is normally used for some TikTok challenges. The 11 years old child star danced graciously to the music and the video sparked dozens of reactions after it was shared on Instagram.

Most people who reacted to the video commented on how much the kid star has grown and how she’s changed so far. Emmanuella who’s widely known for her role in Mark Angel’s comedy has impressively achieved a lot since she rose to fame. In 2021, she won a Nickelodeon Kids Choice Awards for the Favorite African Social Star of the year. She also made headlines after she represented a house that she bought for her mum.

It’s amazing to see that the young Emmanuella is growing so fast, share your thoughts in the comment section below.