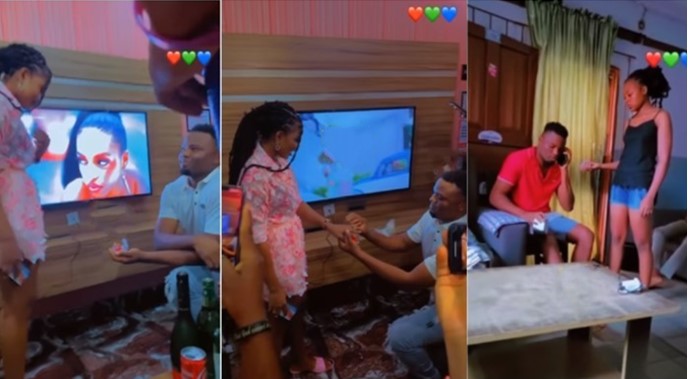 A young Nigerian woman has returned the engagement ring her man used to propose, just a day after she agreed to marry him.

A series of videos which have gone viral showed when her man proposed marriage to her on Sunday and the moment she calmly returned the ring in private on Monday.

In the first clip, the man could be seen on his knees asking for her hand in marriage in the presence of their close friends who were urging her to say yes.

She eventually accepted her boyfriend’s proposal and he put the engagement ring on her finger as their friends cheered.

However, just 24 hours later, the lady quietly returned the ring to him while they were in the house.